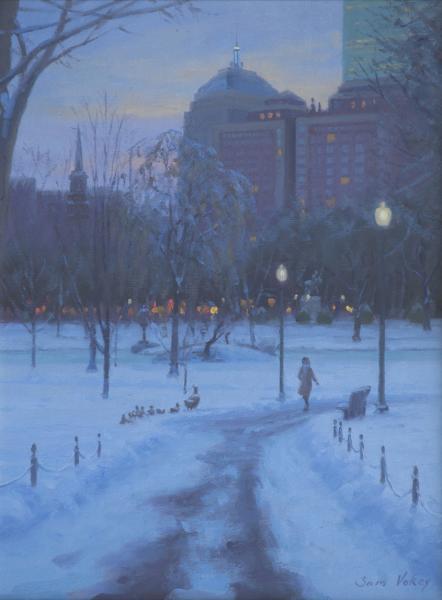 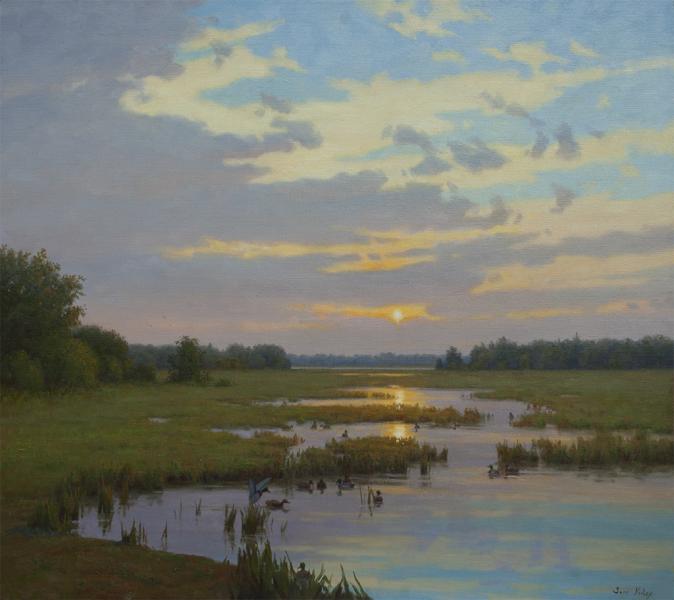 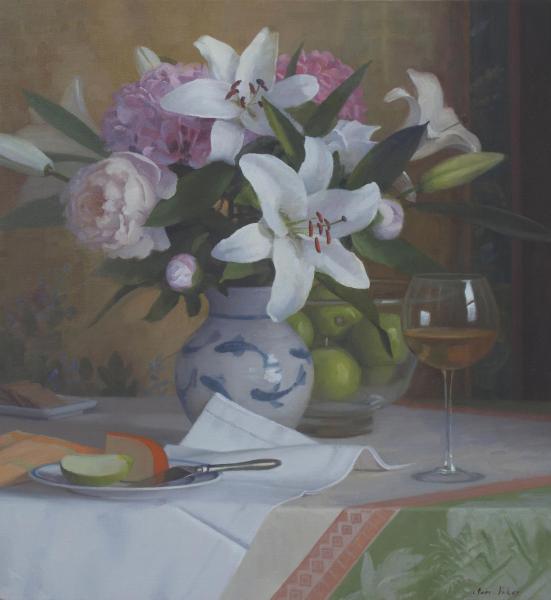 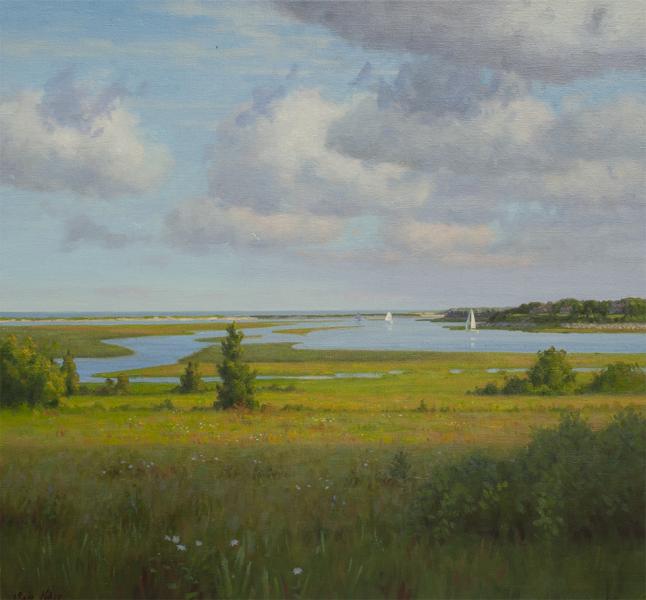 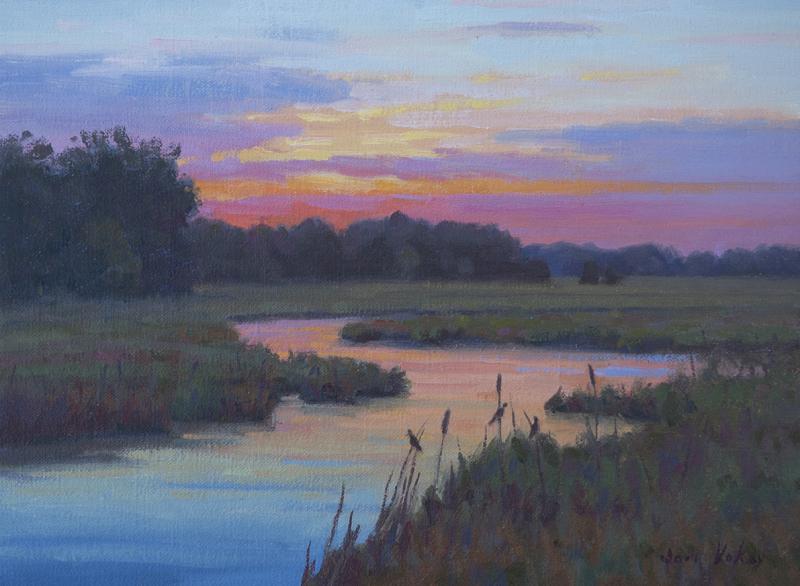 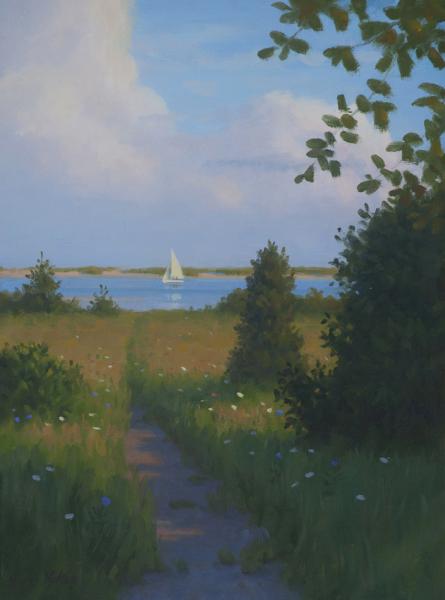 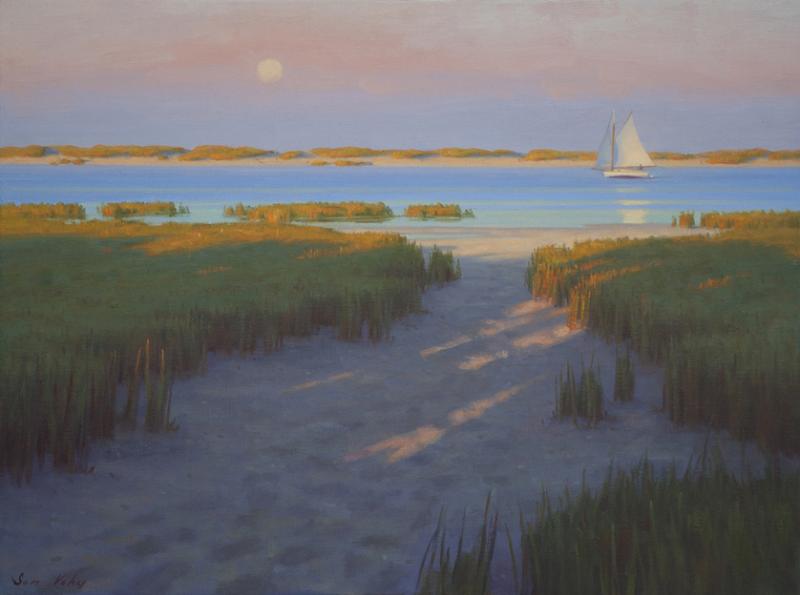 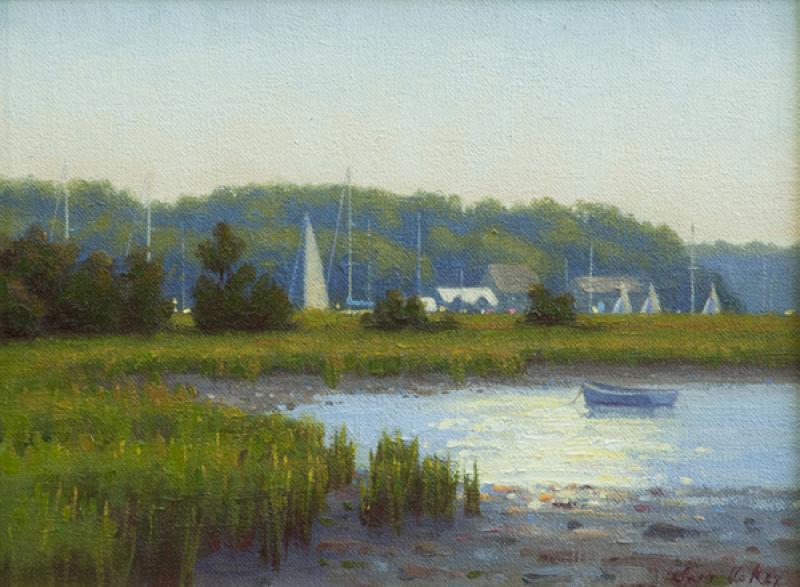 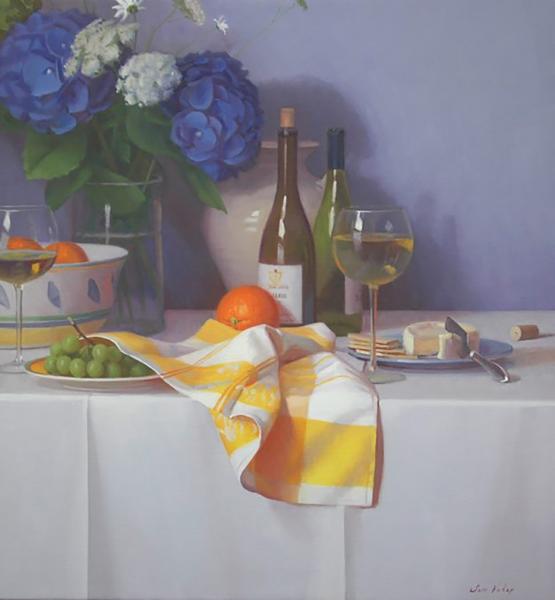 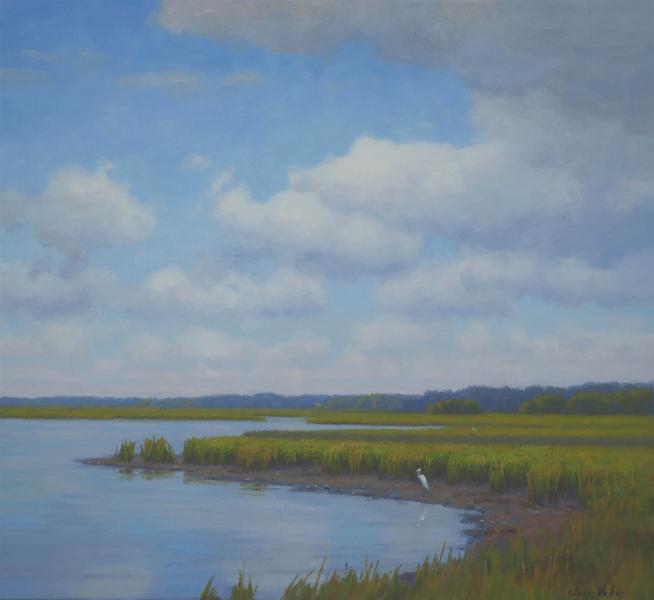 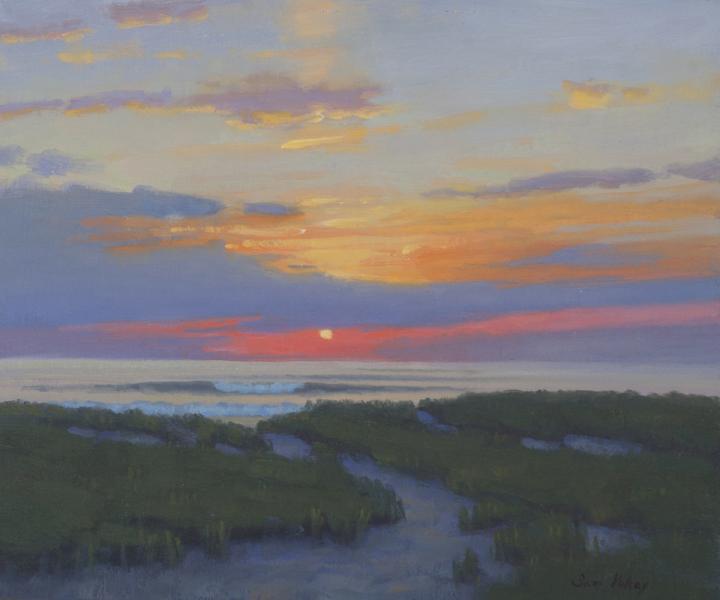 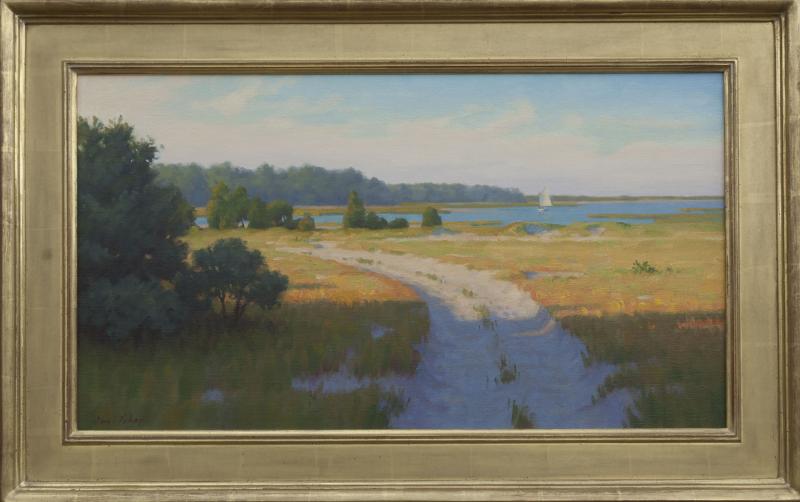 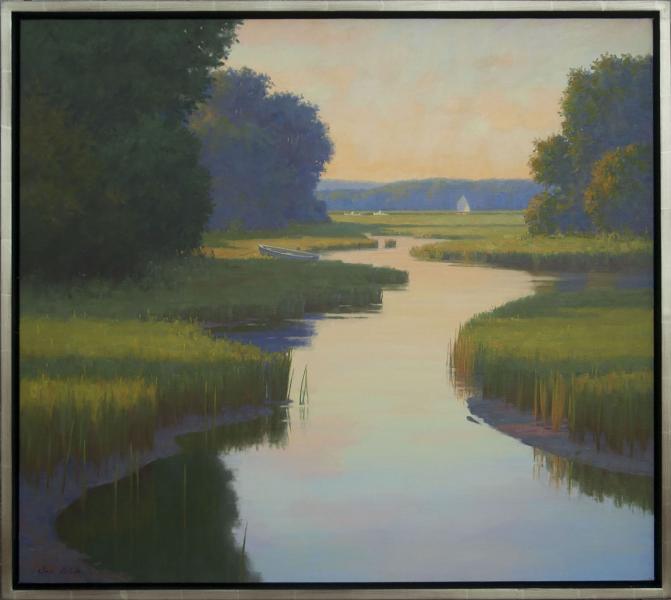 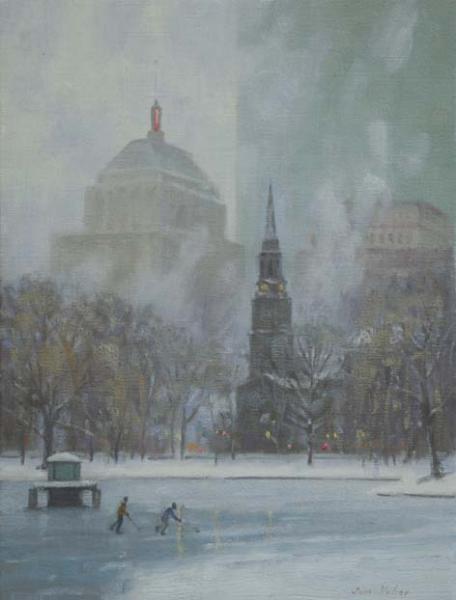 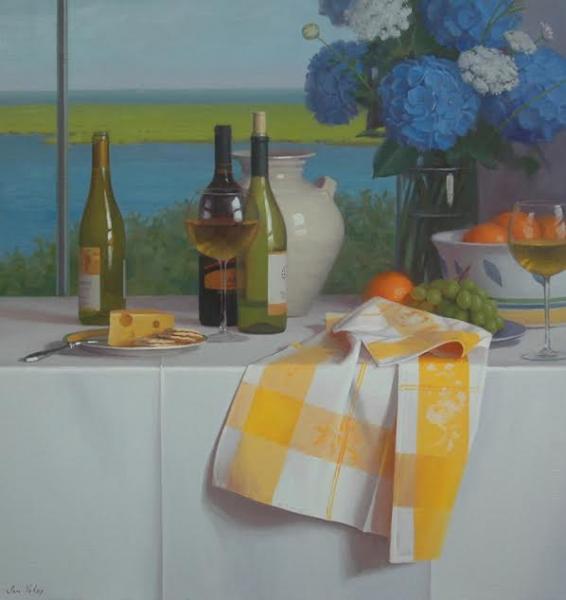 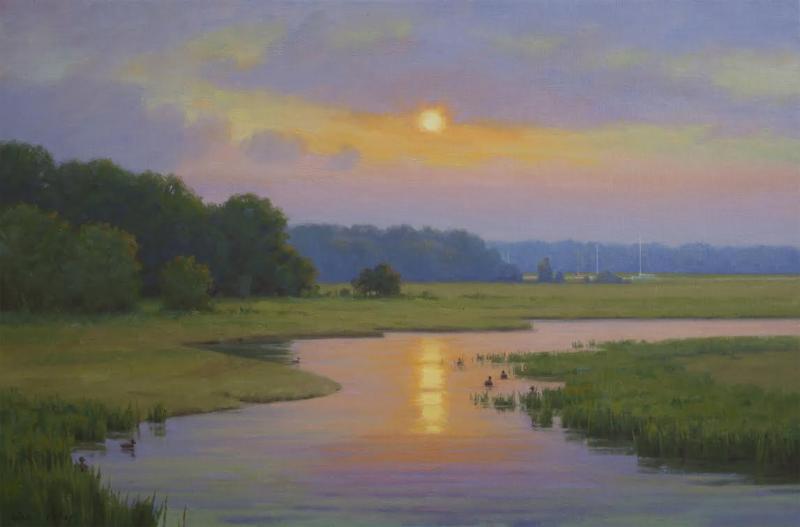 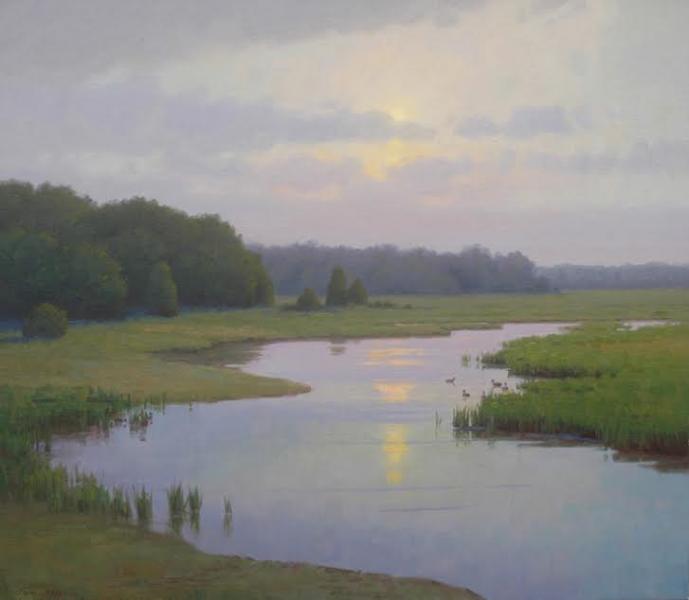 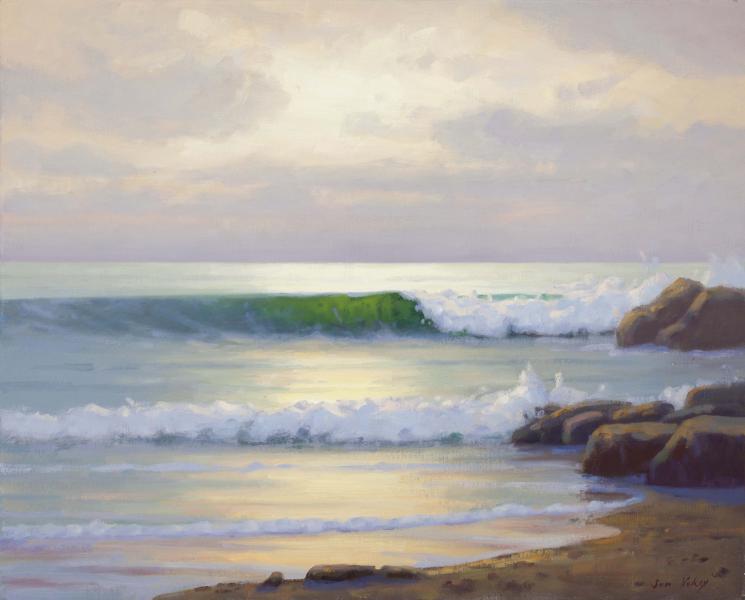 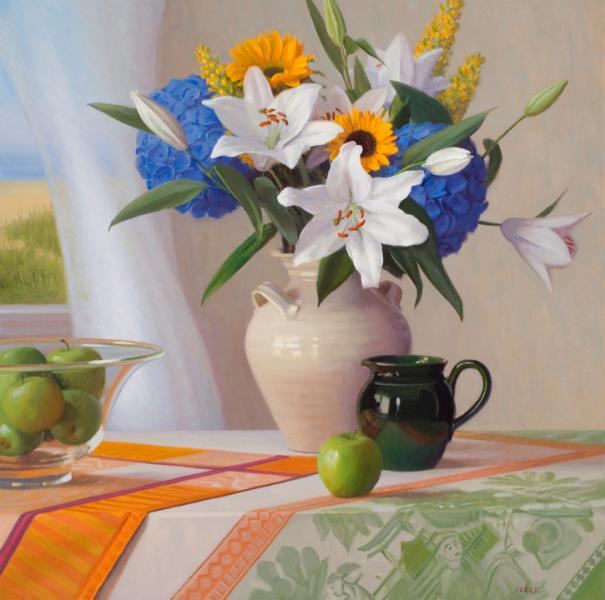 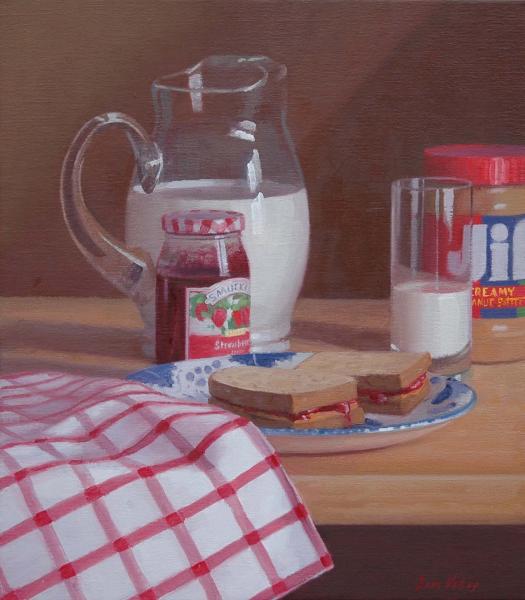 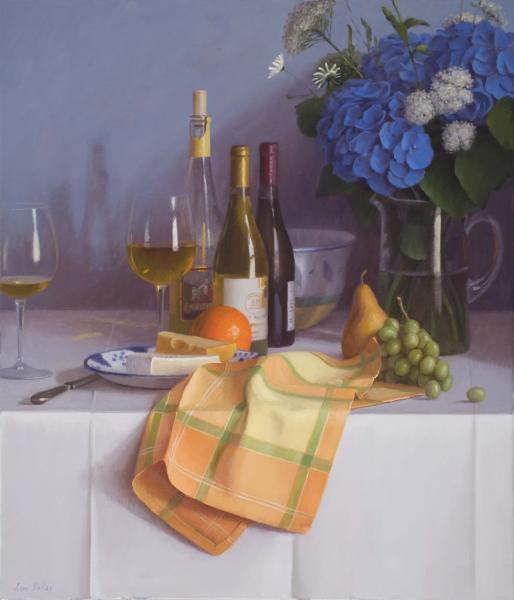 Sam Vokey is an oil painter who specializes in landscapes and still life's and commissioned custom paintings. In 2019 he is focused on painting the landscape. See his work at www.samvokey.com  info@samvokey.com

Sam has been a successful artist for more than 25 years. He is an elected member of The Guild Of Boston Artists and has won the designation of Copley Master from the Copley Society of Boston. He is a graduate of Bowdoin College in Maine and Middlesex School in Concord, MA.

He attended the R.H.Ives Gammell Atelier in Boston for four years. This was a European style atelier scholarship program that only admitted 5 students at a time. Those students worked closely with a master painter to learn the fundamentals of painting still life, landscape, portrait and figurative work.

His painting style is most closely associated with the Boston School tradition of painting which crosses Realism with some of the softer edges and painterly qualities of Impressionism. Vokey’s landscapes demonstrate a strong consideration for creating balance between the overall composition and the light and dark values in his paintings.

Sam has had many one-man and group shows at different galleries including most recently at: The Guild Of Boston Artists 2017 - a one -man show of landscapes called Water & Light ; Powers Gallery, Acton, Ma.; and Tree's Place, Orleans, Ma. See a list of his galleries at www.samvokey.com

In 2012, Sam received the Frank Benson Award at The Guild of Boston Artists for the second time. He has also won the R.H.Ives Gammell Award, and in 2009, he won the prestigious Edmund Tarbell Award, an honor given to first prize in painting at the annual All Members event held each spring. At the Copley Society of Boston, he has won numerous awards, including the status of Copley Master; In 2007, Sam was awarded the Copley's John Singleton Copley Award, the highest honor given by the Copley Society.

Mr Vokey’s paintings have been included in many books and magazines including the cover of the book The Boston School published by Blue Tree Press. He was also the cover artist of the 2005 issue of American Artist magazine.

In 2006, one of Vokey's still life paintings was acquired by The Cape Cod Museum of Art for the permanent collection. His paintings can be found in many corporate and private collections including Boston Private Bank, Bank of America, Merrill Lynch, AT&T, Blue Cross Blue Shield, Liberty Mutual, Meredith and Grew, Marriott Hotels, and The Smuckers Company. Henry Kravis of KKR & Co. attended a show and bought 2 paintings. Vokey's paintings can also be found in private collections nationally and internationally including the private collection of a United States Senator and the former President of Ireland and the former President of Uruguay.