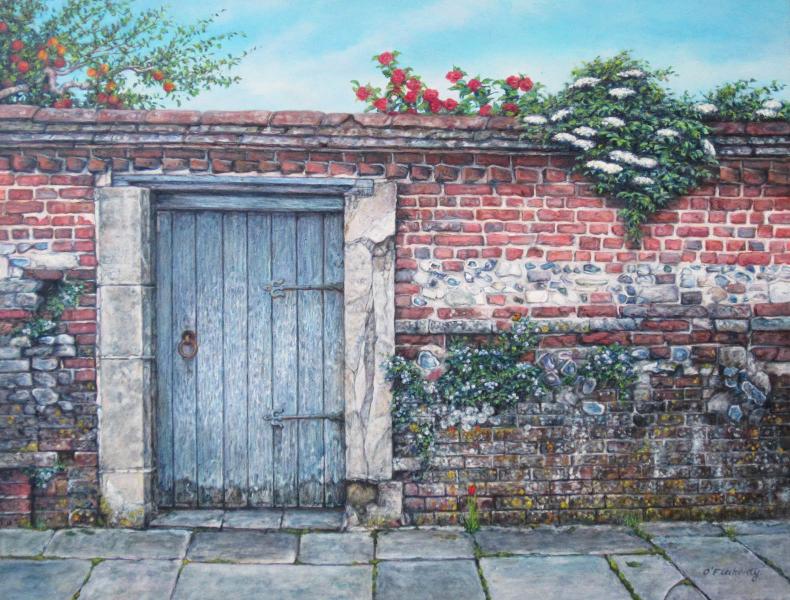 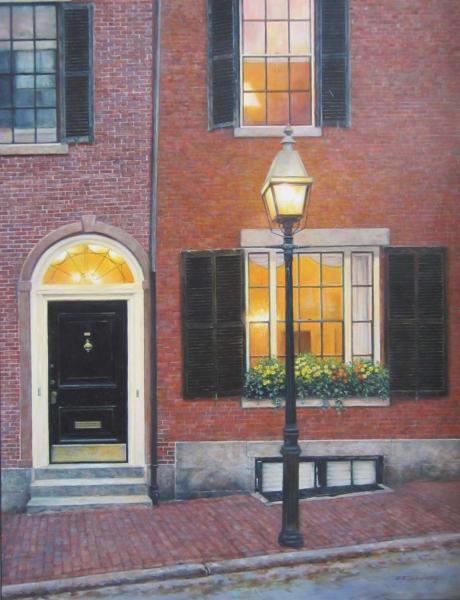 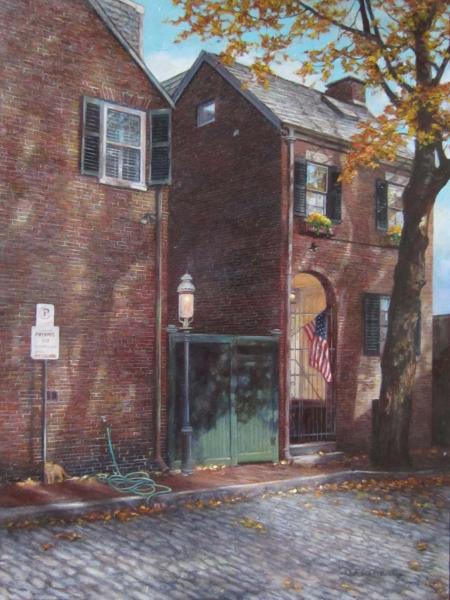 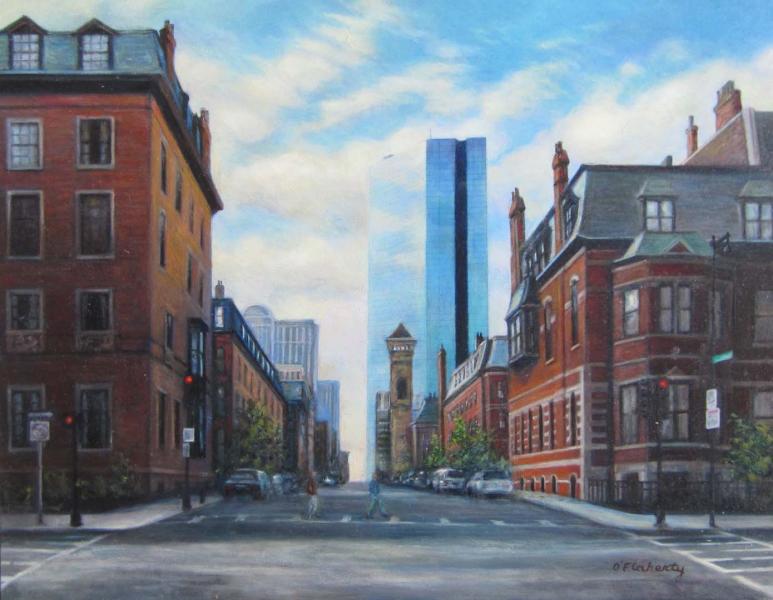 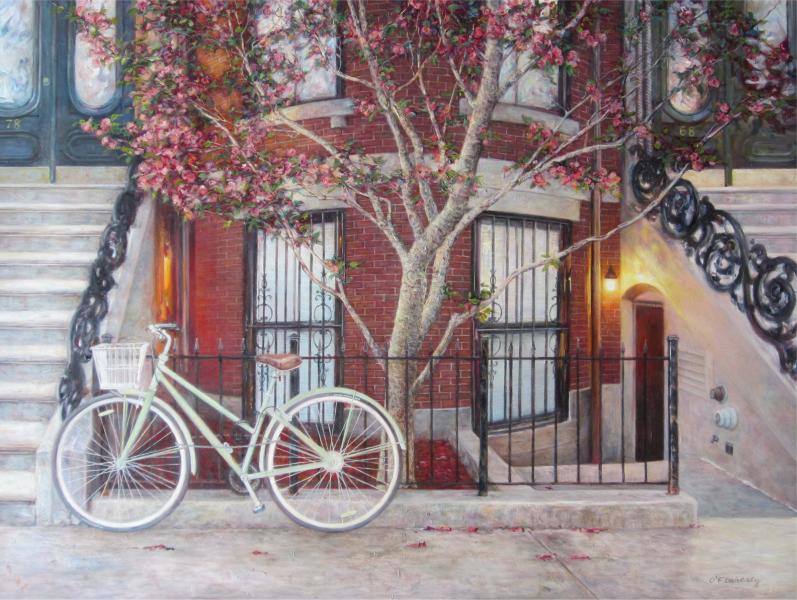 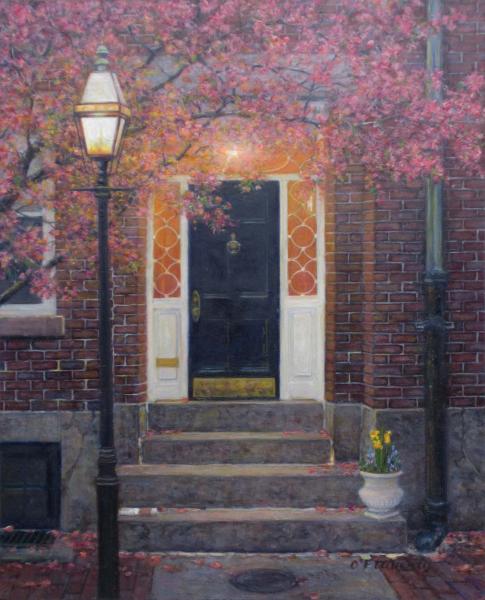 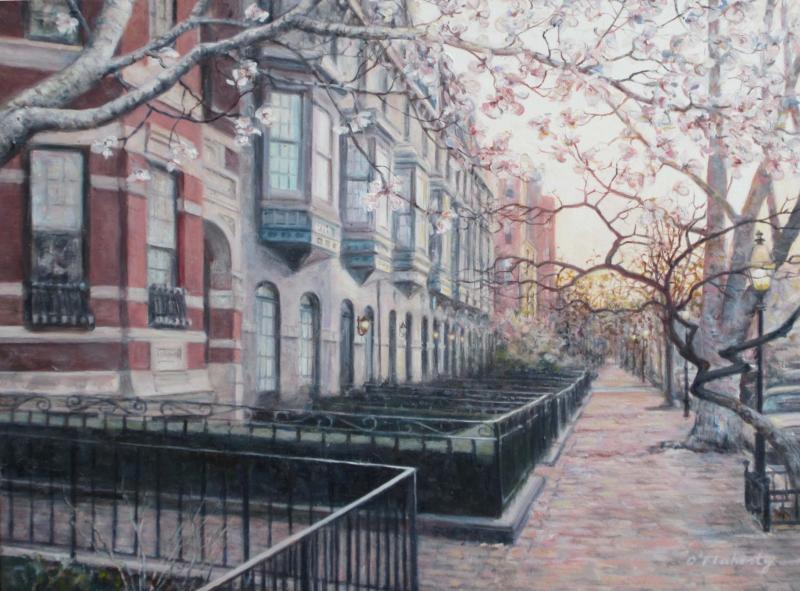 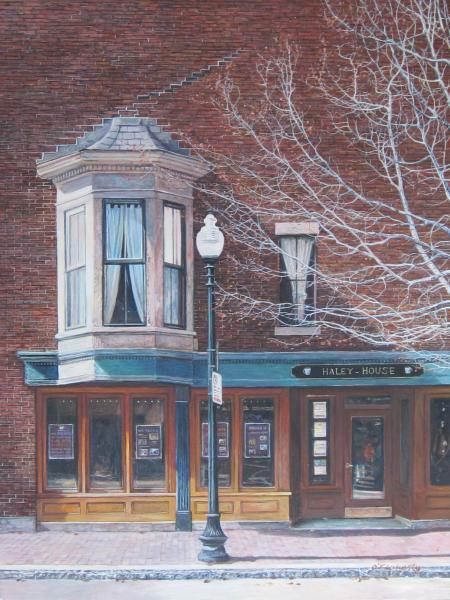 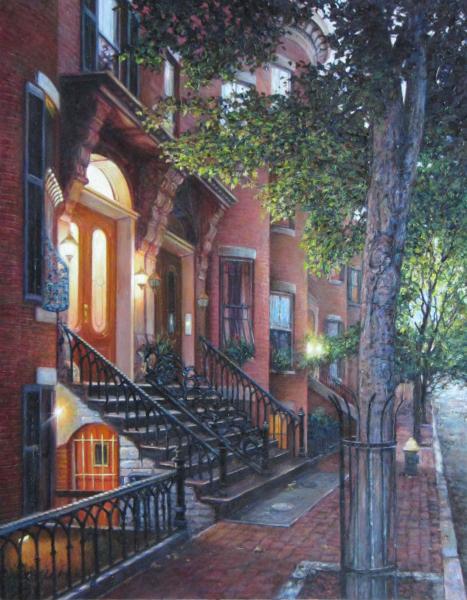 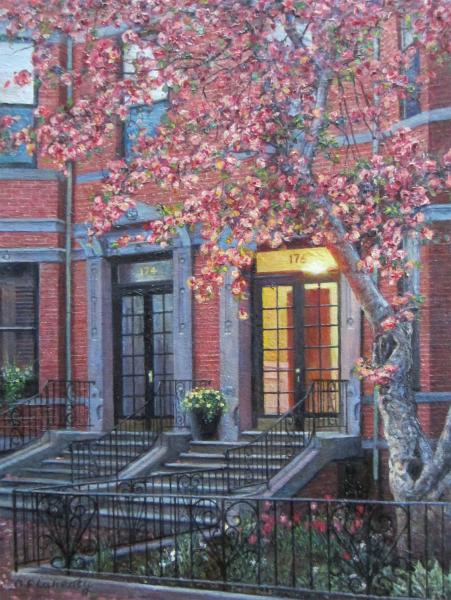 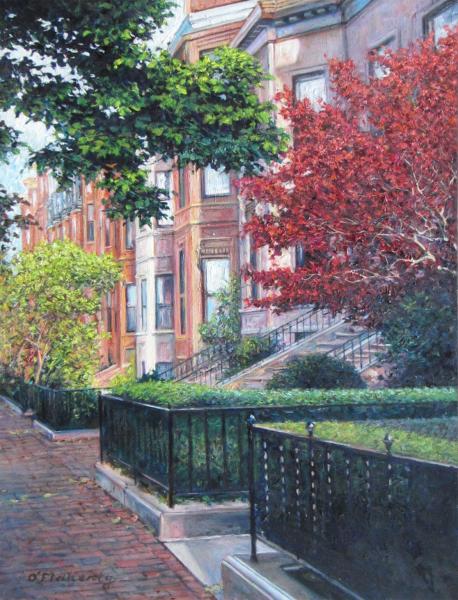 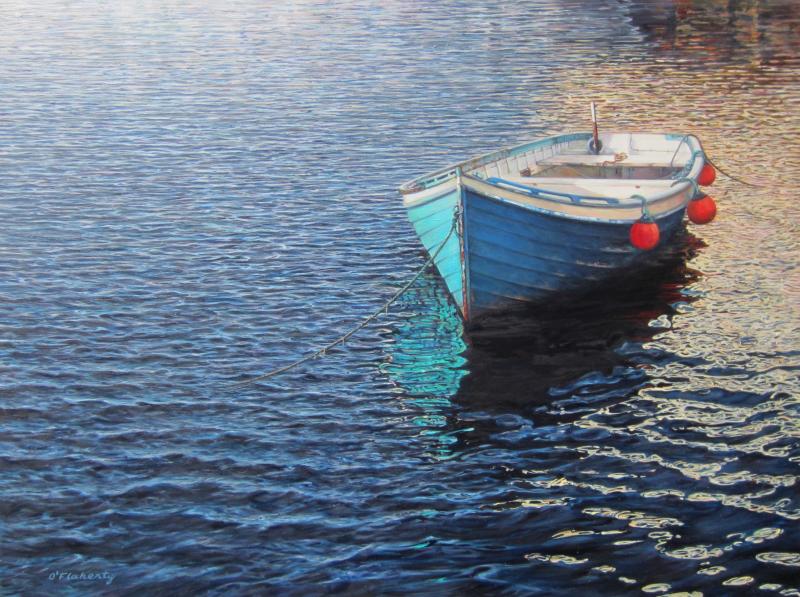 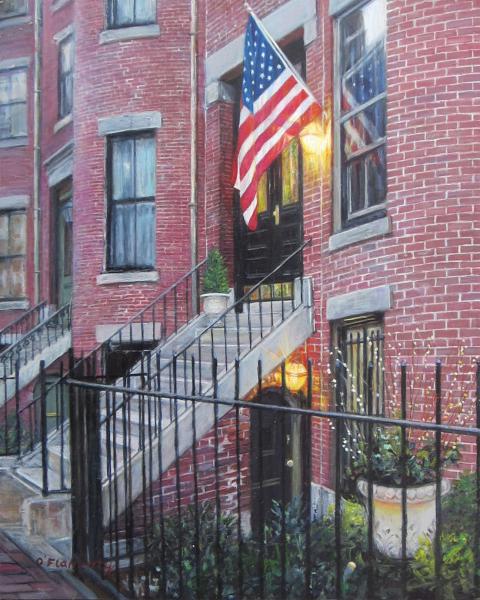 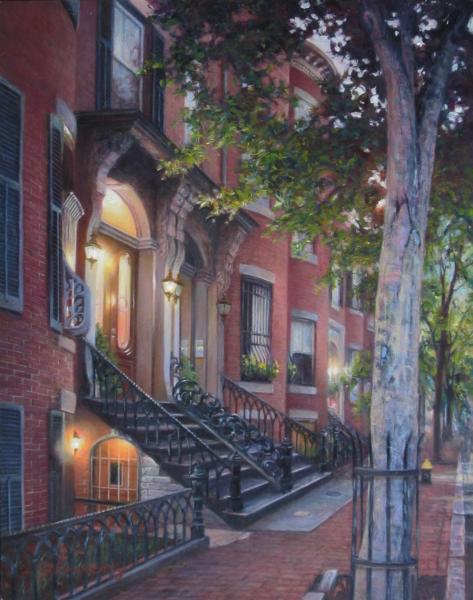 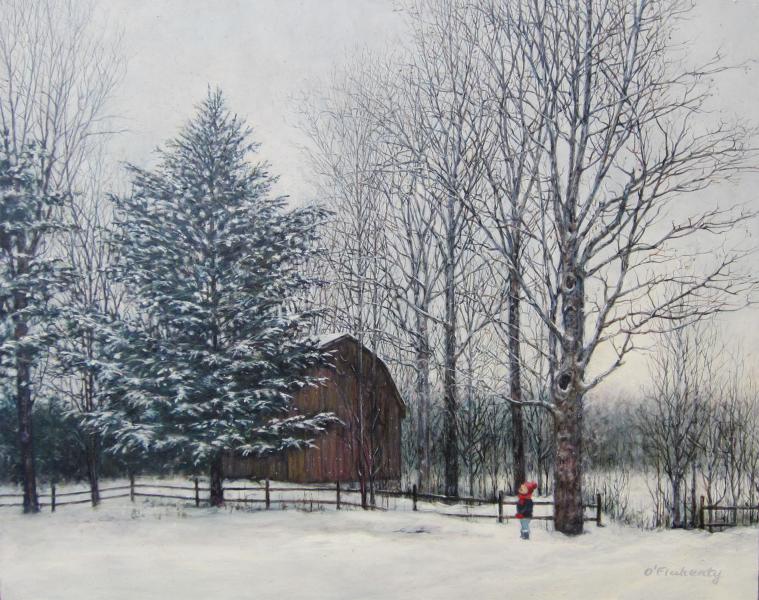 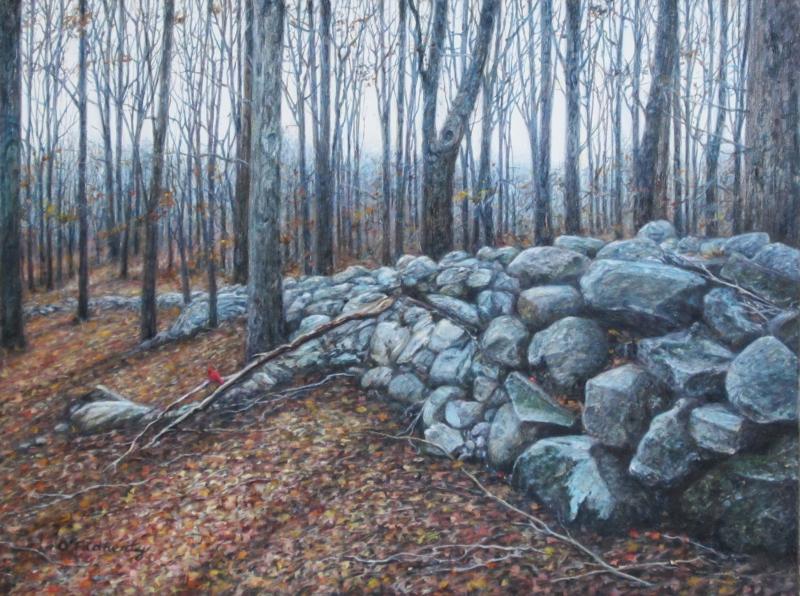 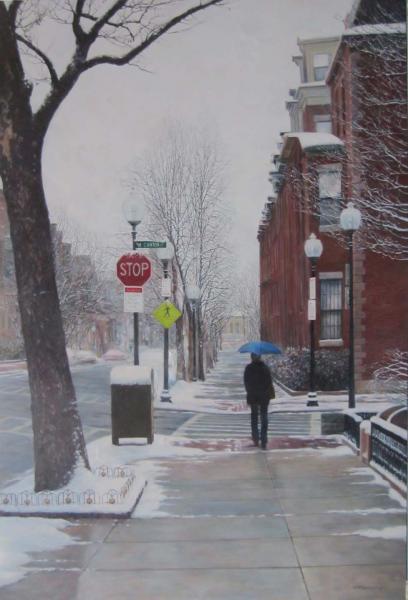 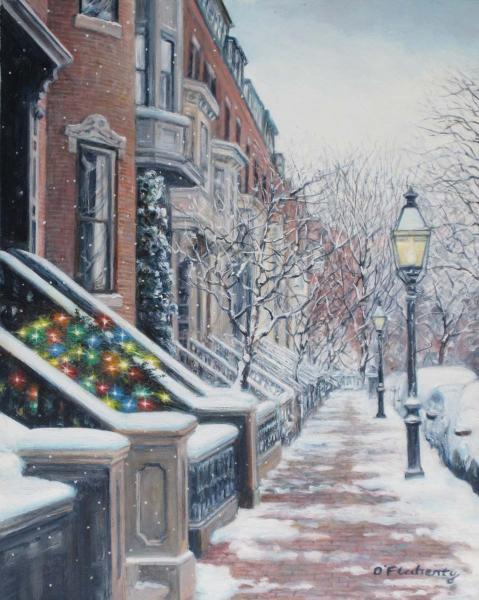 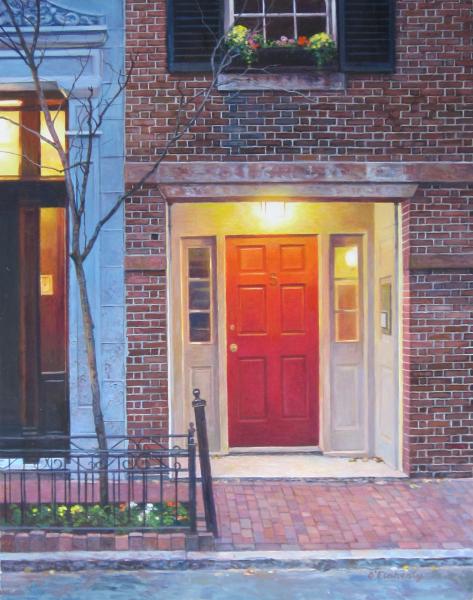 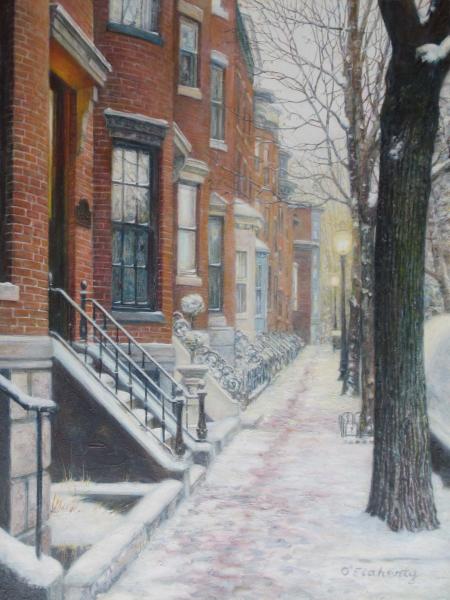 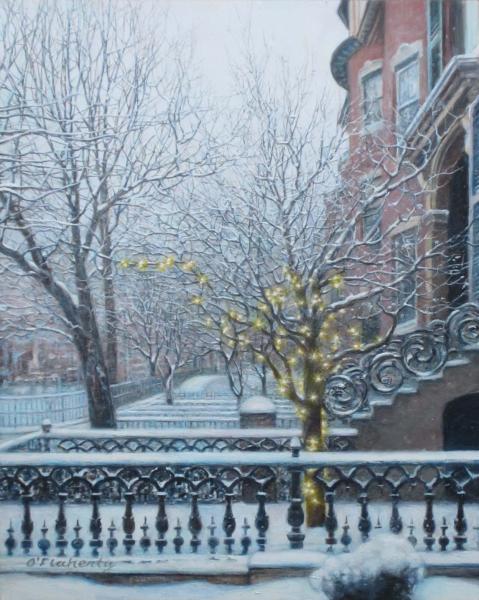 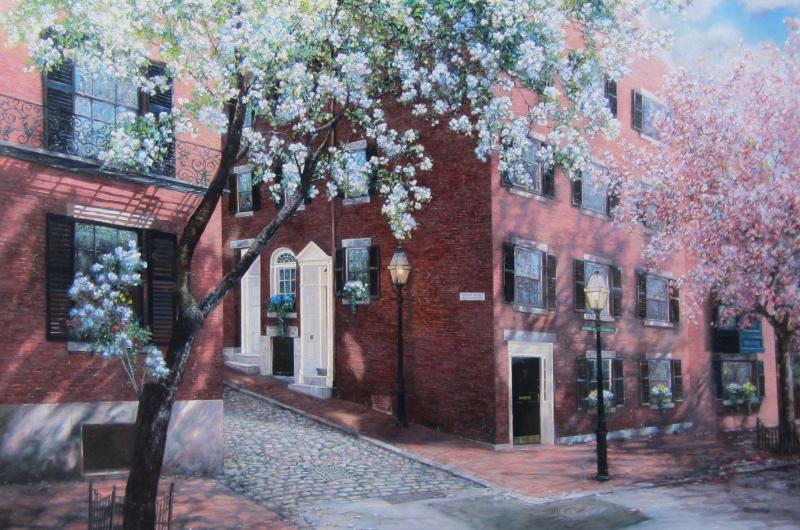 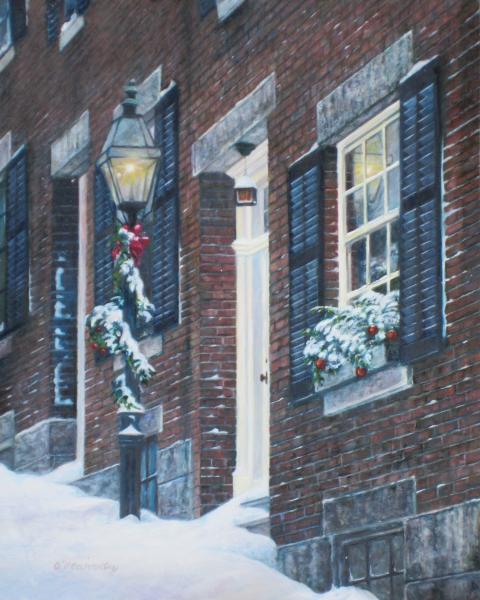 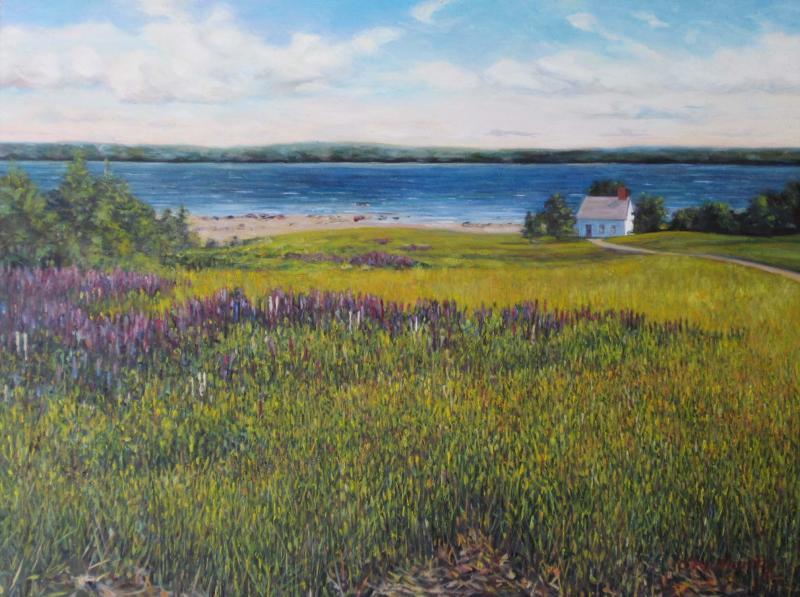 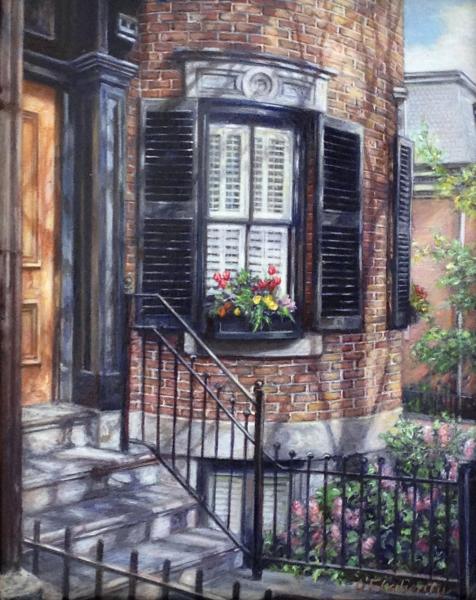 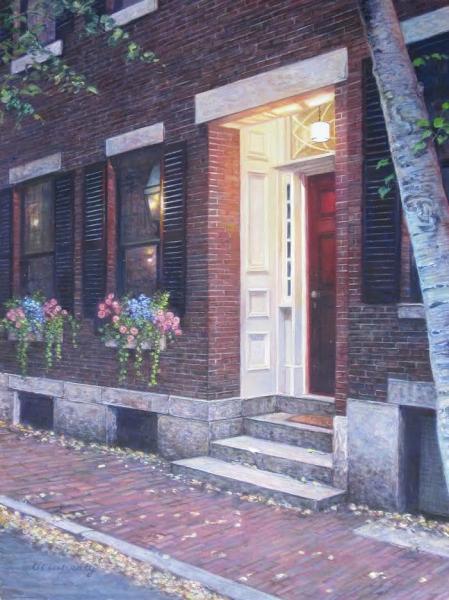 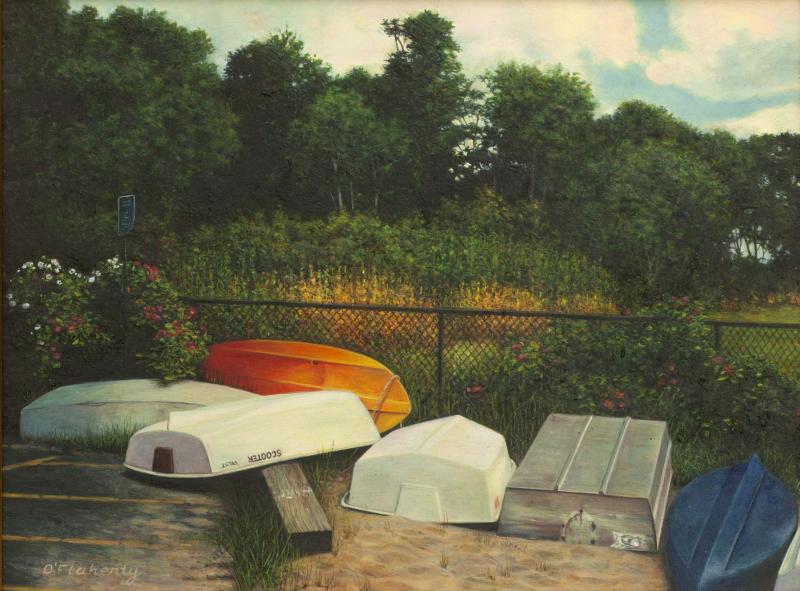 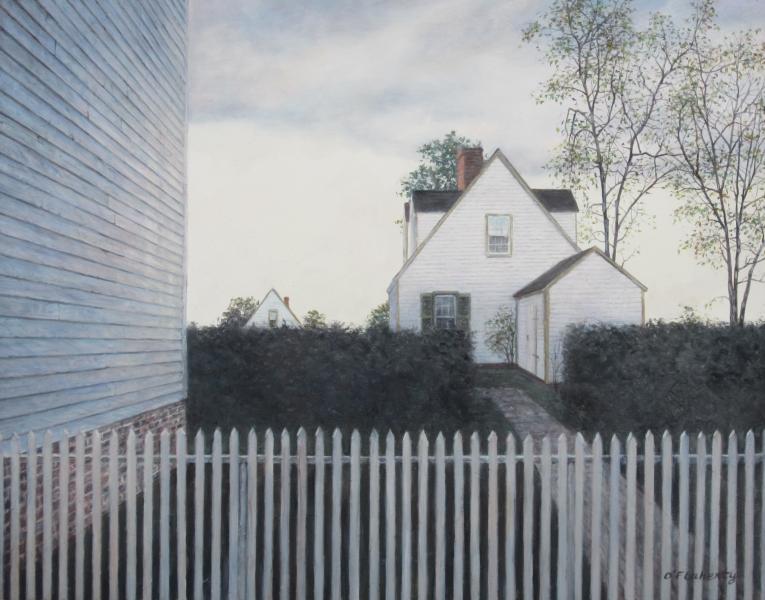 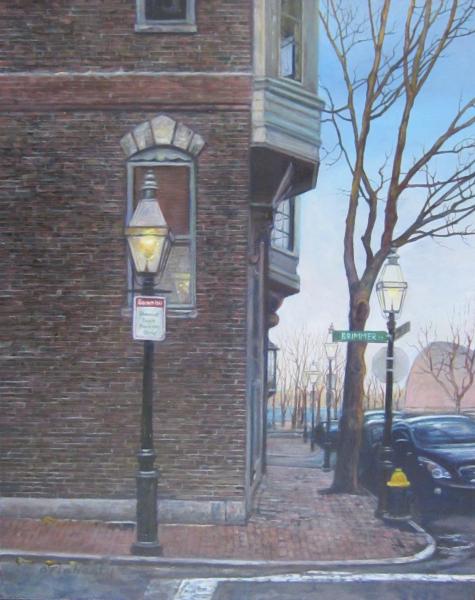 Roderick O’Flaherty grew up in the mid-west, and was educated at Yale and at the Cornell Law School. Subsequently, he decided not to practice law and instead to pursue his life-long interest in art. Self taught as an artist, he worked first as an illustrator doing book covers and greeting cards, and then began to exhibit and sell his paintings through galleries.

O’Flaherty’s highly realistic paintings capture quintessential New England over change of weather and season with astounding clarity. An impressive draughtsman, his typically small panels invite the viewer along a dockside in Nantucket or down a snowy street in the South End of Boston with colorful depth and appeal.

Currently working primarily in oils, he has also employed acrylics and watercolors. His tightly realistic style has won him six awards in open competition since 2000, including most recently in the Salmagundi Club’s 2004 Annual Show, and as a 2005 Finalist in the American Artist Watercolor Magazine Cover Competition. His paintings have been included in major national juried group exhibitions, including those of the American Artists Professional League, the Audubon Artists Society, and the Hudson Valley Artists Association. He is a Signature Member of the New England Watercolor Society.