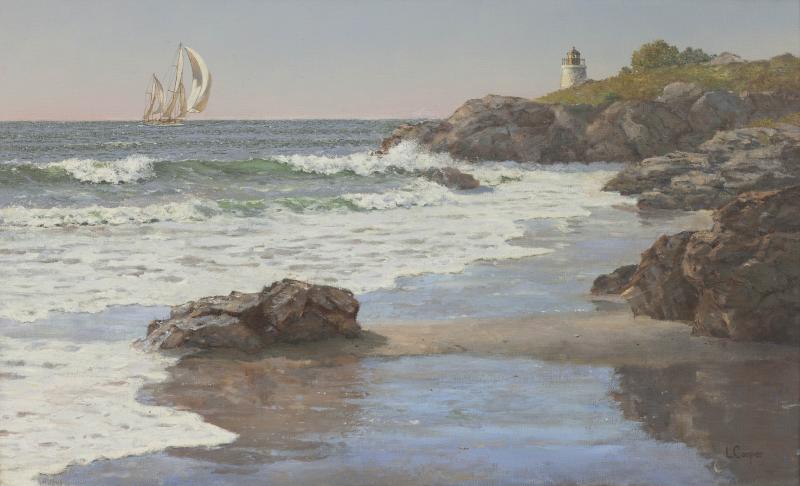 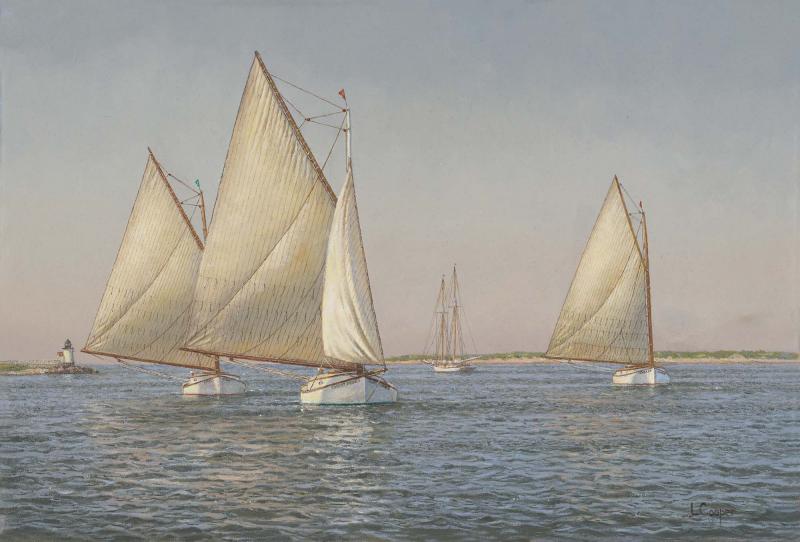 Born and raised in South Louisiana, Laura Cooper began life surrounded by water. Her childhood home was on the banks of the Vermilion Bayou in Lafayette. She has fond memories of waking in the middle of the night to the distant rumble of tugboats pushing barges from the Gulf of Mexico. While lying in bed, she could see the bright lights of the vessels pass by her bedroom window. This early exposure to the maritime world led her to capture the beauty of sailing on canvas. Her work combines a unique relationship between atmosphere and light while maintaining a painterly feel.

Every summer while a young girl, her parents would drive Laura and her six siblings to Cooperstown, known for housing the Baseball Hall of Fame. The founder was William Fenimore Cooper, who is a distant relative. The Cooper family is known to appreciate the arts. One of the great influences of her life was her grandfather, Dr. Henry S.F. Cooper, who was a surgeon and a sculptor. Dr. Cooper believed everyone should be encouraged to participate in the arts because it completes a person’s soul. With this philosophy in mind, he began the Smithy-Pioneer Gallery in Cooperstown, which is the first place Laura ever showed her paintings.

Laura moved to Boston to attend college and eventually became a nurse while painting on the side. She worked at Boston Children’s Hospital in Cardiology and Boston City Hospital in Labor and Delivery. Painting became a way to release stress from her long working hours. She sought out well-known Boston area artists including Robert Cormier and David Curtis. She primarily focused on plein air painting. Unexpectedly, she fatefully met her would-be mentor, Richard Loud, who encouraged her to focus on marine art. Over the years, Laura has studied the ocean and wind by sailing in Buzzards Bay.

Laura lives in Milton, Massachusetts with her son. When she is not painting, she sails on a fully restored 1936 Alden yawl named ‘Volya’, which loosely translated means ‘Freedom’.