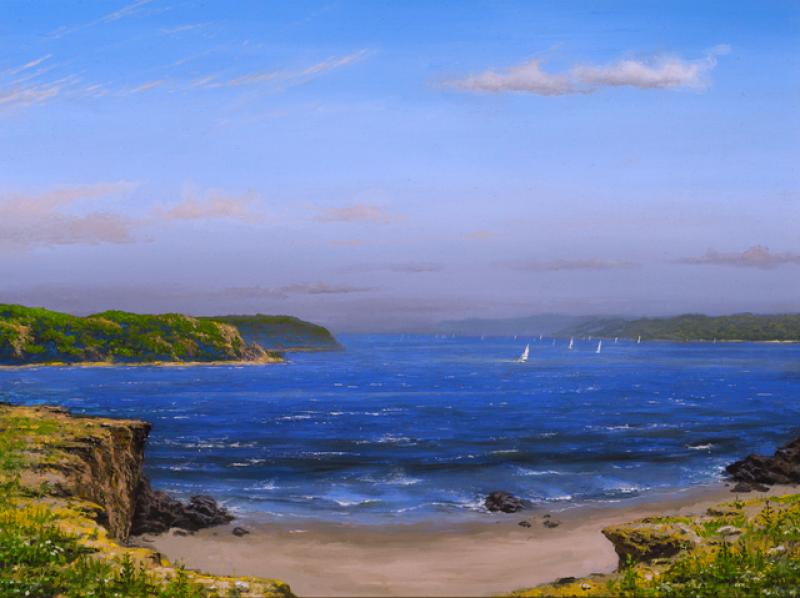 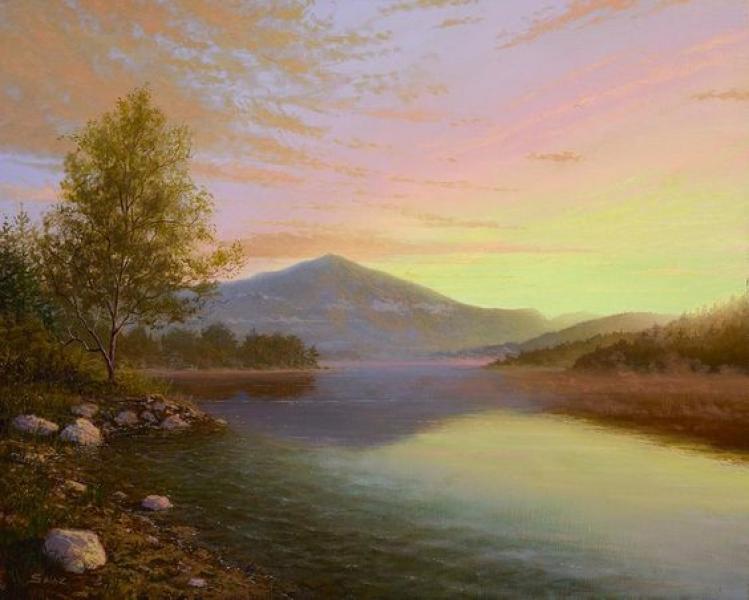 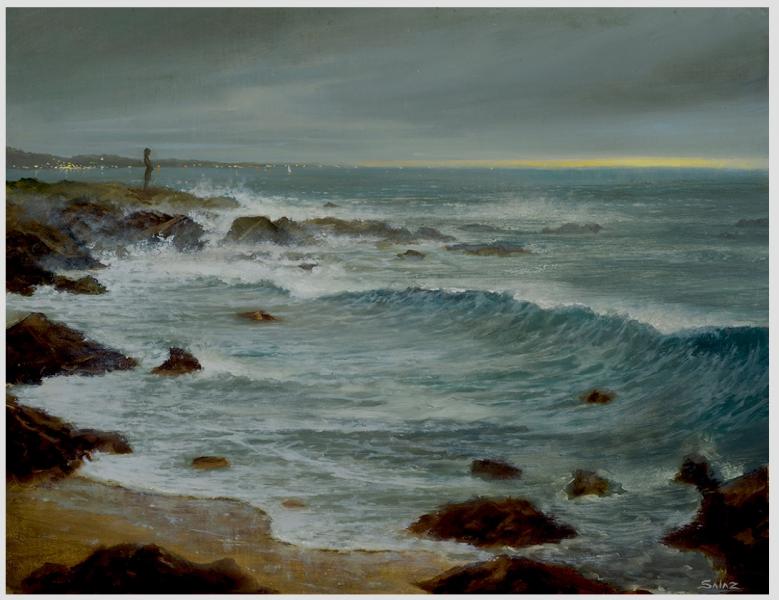 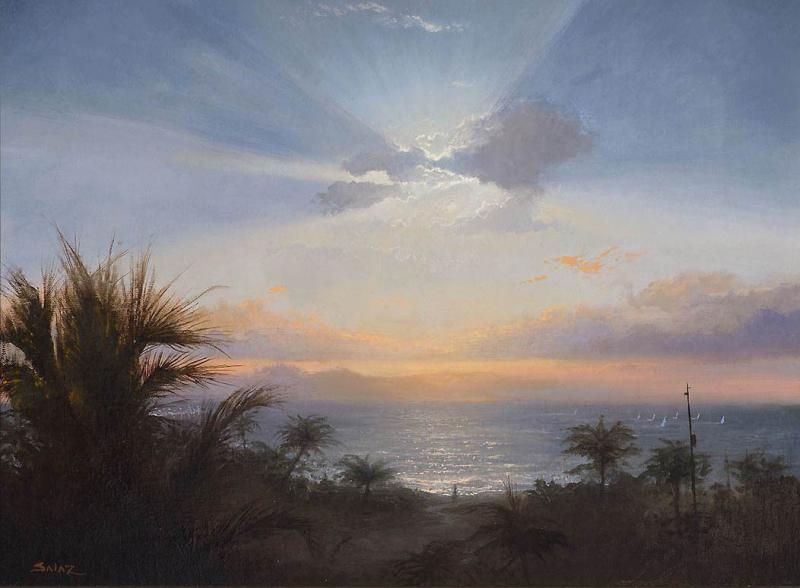 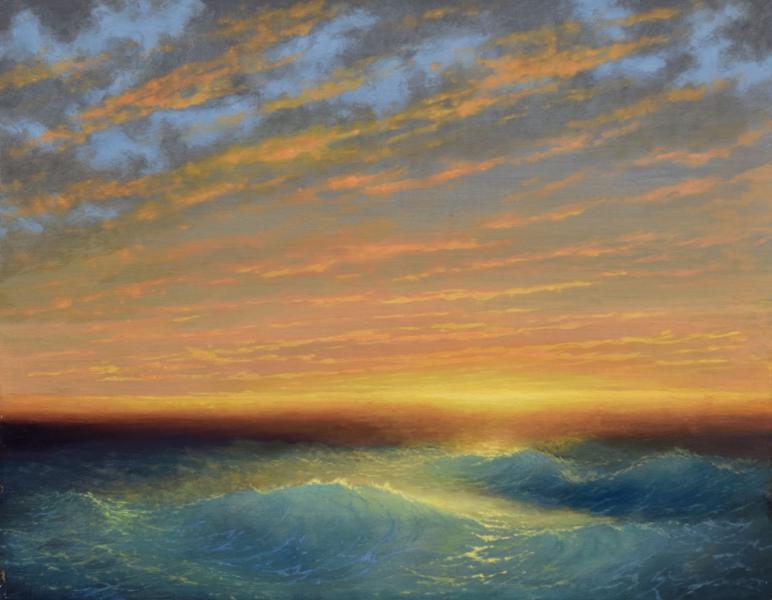 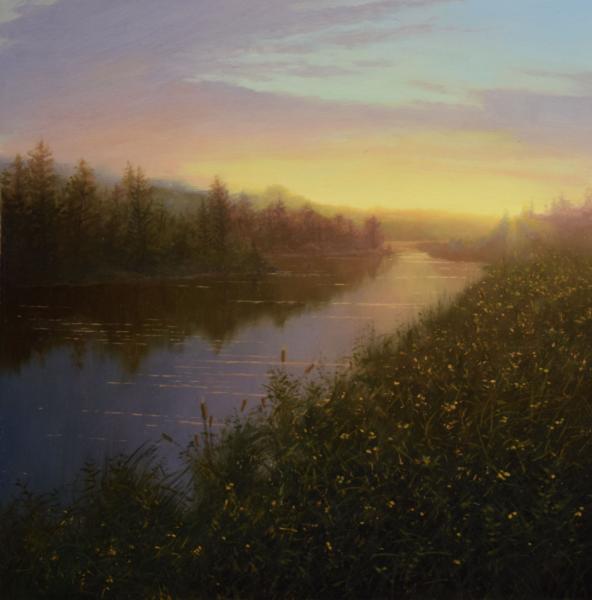 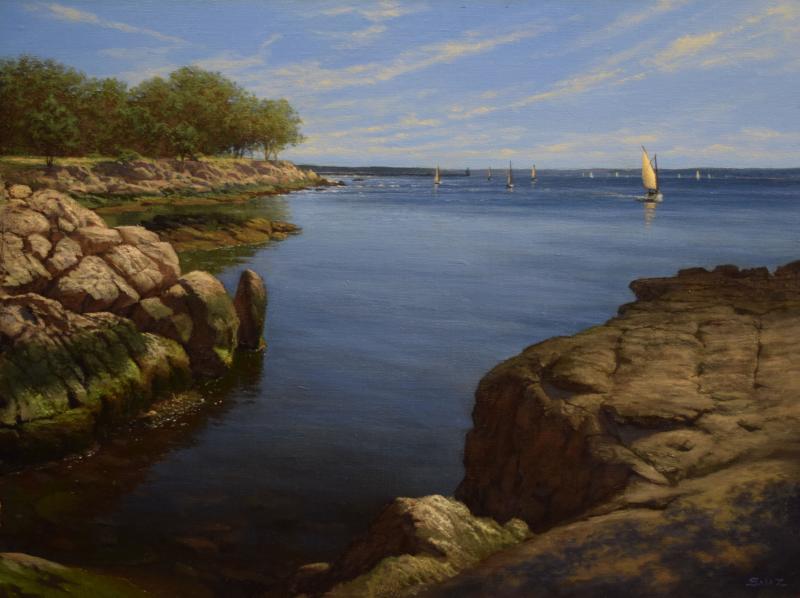 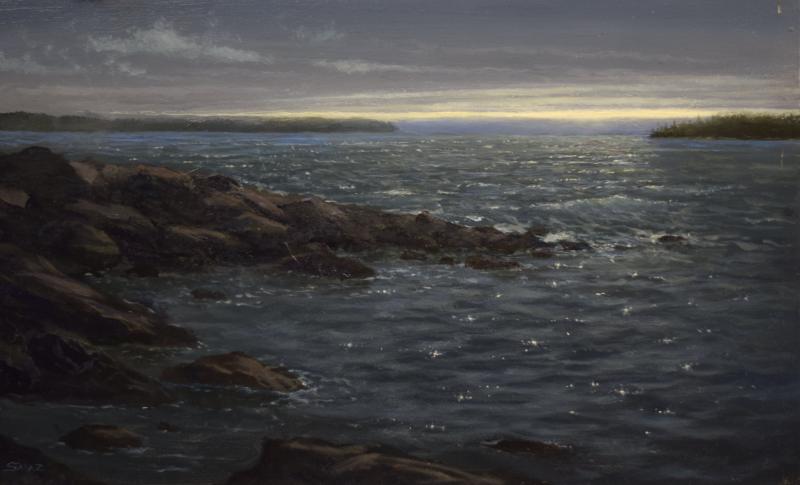 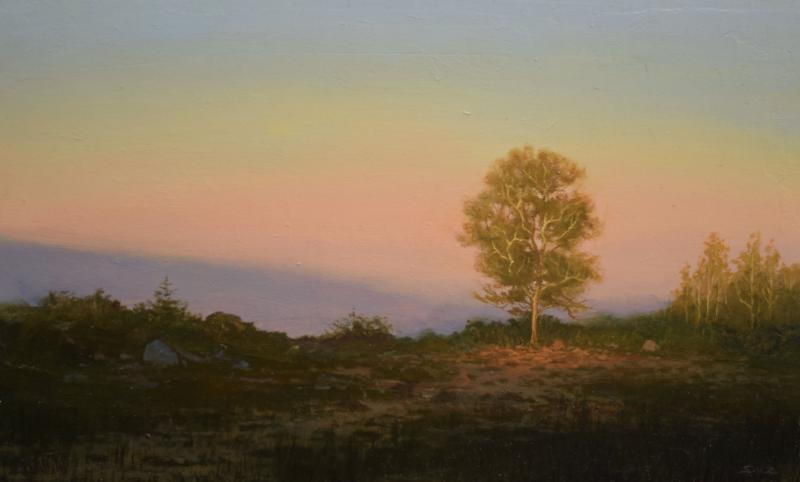 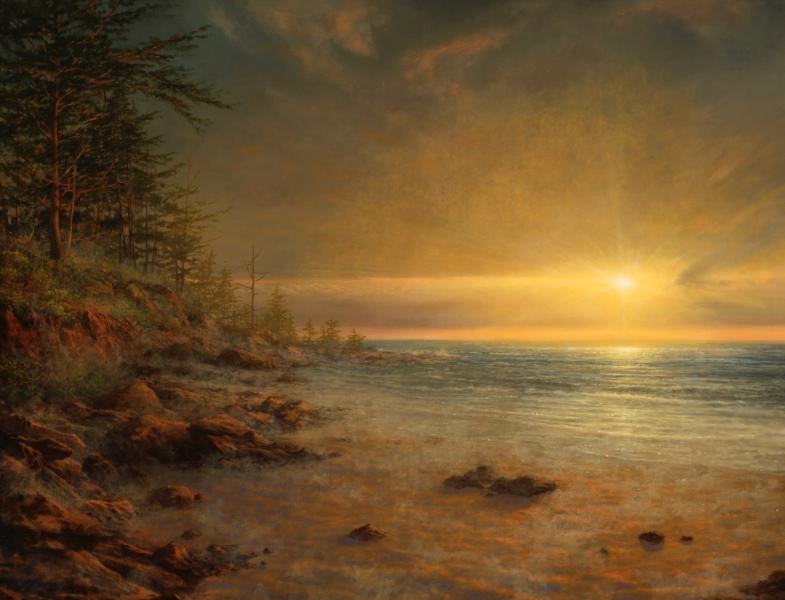 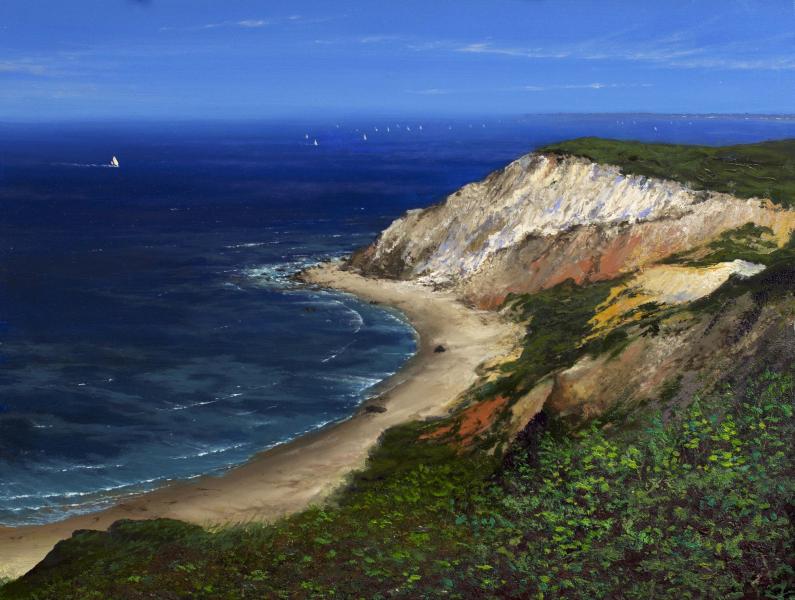 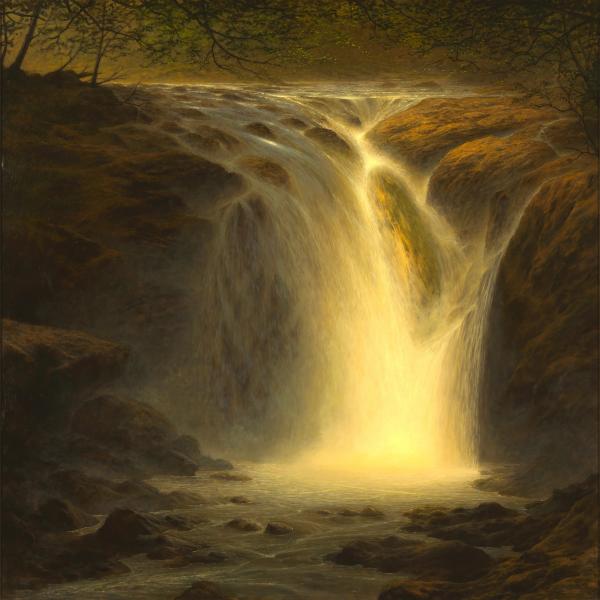 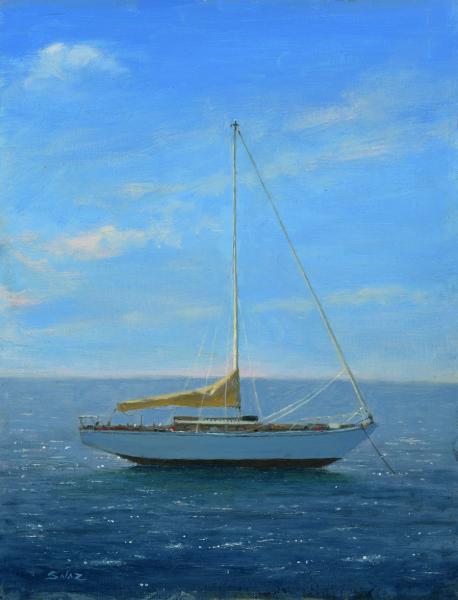 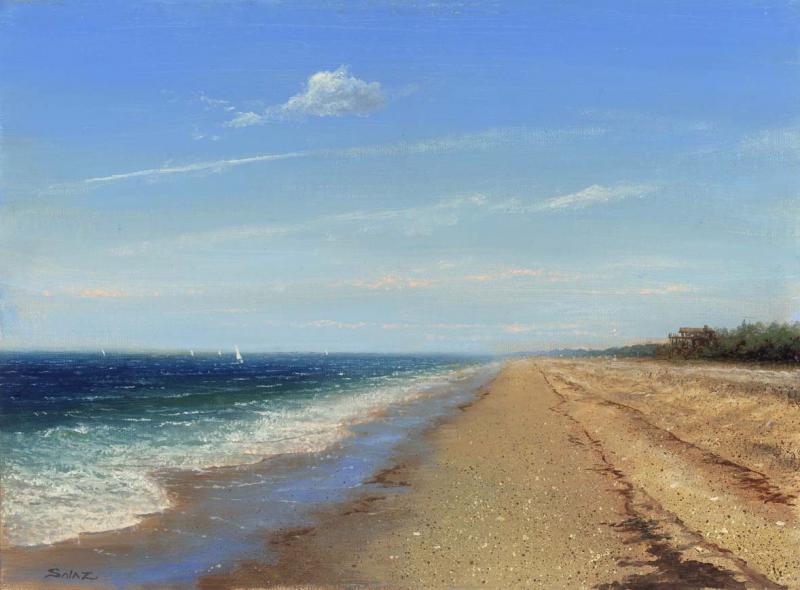 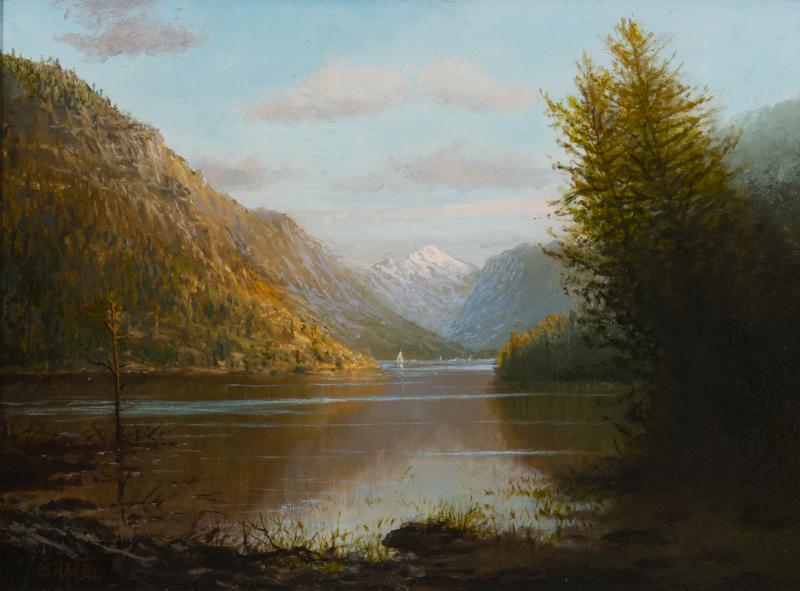 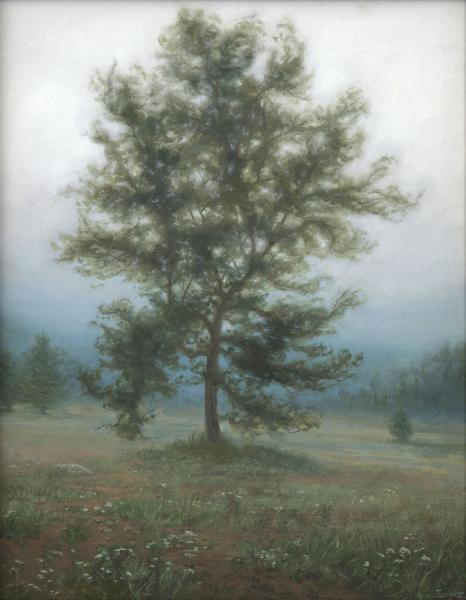 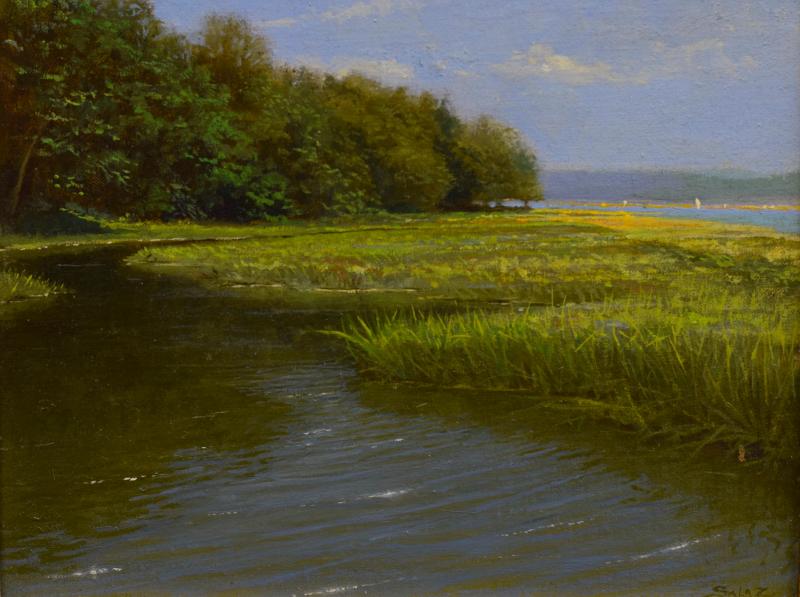 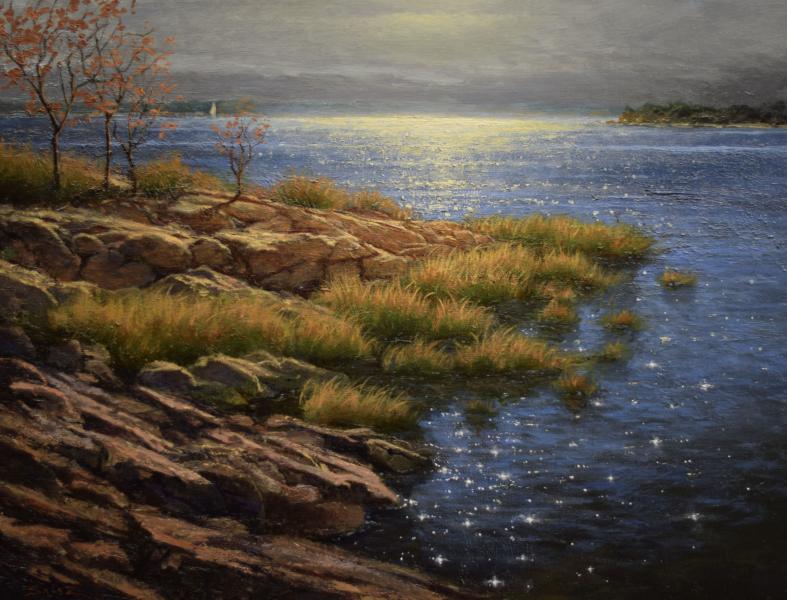 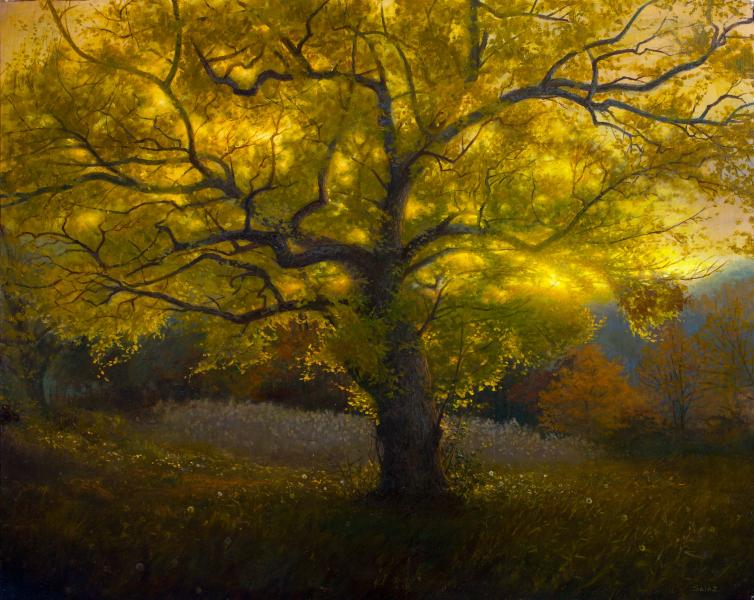 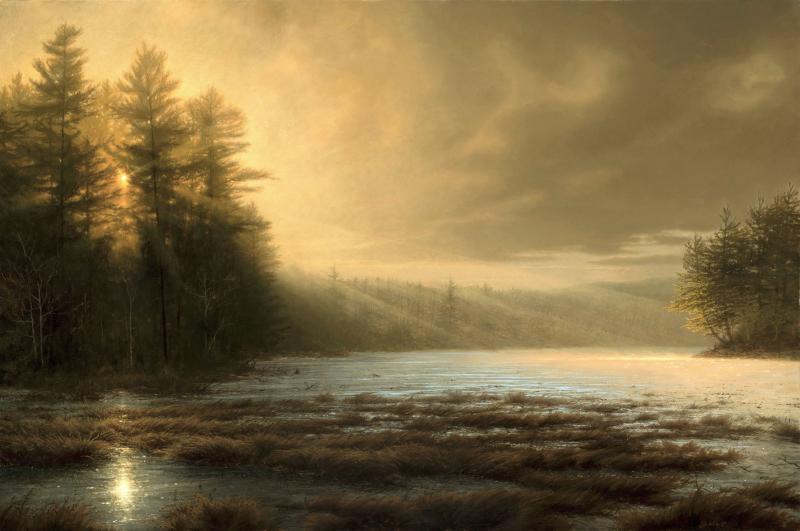 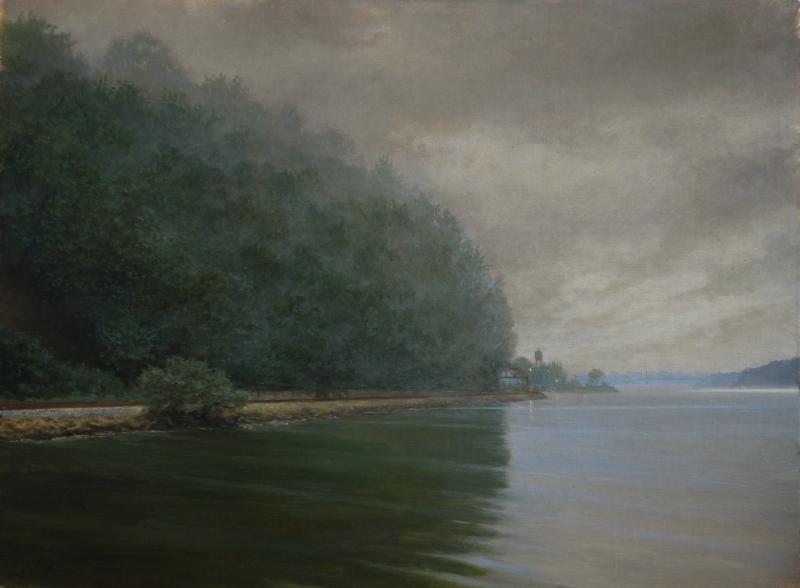 Ken Salaz was born in 1970 in southern California and spent his youth living in numerous locations with his family including Mexico, the Southwest United States and the Appalachian mountains of West Virginia. His ancestral heritage is a rich blend of Native American and Irish. As a child and as a teenager, he constantly drew the changing landscapes and people during his travels with his family. After graduating from Cooper Union, Mr. Salaz spent several years traveling the world, through Asia, Central and South America, and Europe painting landscapes and making copies of Masterworks at numerous Museums. He continued his education with Leonid Gervitz of the Repin Academy and Nelson Shanks. He trained three years at The Water Street Studio of Jacob Collins and spent two summers with him at the Hudson River Fellowship in the Catskill Mountains. He is currently a Senior Fellow and instructor at the Fellowship. His mastery of technique shows a diverse flexibility of expression, allowing him to capture a wide range of light effects. In addition, his solid background in traditional techniques used by the “Old Masters” also allows him the groundwork to create works that have a unique poetic expression. His work is held in numerous prominent collections across the United States. His work and processes have been featured numerous times in notable Magazines and Publications such as “Fine Art Connoisseur” and “Plein Air”. Mr. Salaz is seen by many as a new and unique voice emerging from the tonalist tradition, such as George Inness, and breaking into new ground with his own modern voice of Poetic Realism.

Mr. Salaz is also an author and will be releasing a book on Landscape Painting this fall with Penguin/ Randomhouse.  He holds the distinguished honor of being recognized by the Art Renewal Center as a Living Master (A.R.C.L.M.)  In addition to being a masterful Artist, Mr. Salaz is a highly accomplished Magician, Mentalist, and Pick-Pocket, entertaining such celebrities as Bruce Springstein and Jimmy Fallon and Colin Powell. He currently lives with his wife and sons in the beautiful Hudson River Valley.

“The sweetest thing in all my life has been the longing...to find the place where all beauty came from."
-C.S. Lewis

The pursuit of classical painting has been a passion all my life. It is a great challenge, a beautiful pursuit and a rewarding gift to myself and those around me. No serious pursuit of the craft and artistry of painting can leave a person indifferent to the mysteries and wonderment of the world around us and within us. In an age where the ideas of having a Noble Pursuit are almost vanishing, I feel it is imperative to the world today and humanity that the creation of Artwork that strives towards Harmony, Truth, and Beauty be brought into existence without apology. To obtain this, I approach each canvass with the Heart of a Poet, the Mind of a Philosopher, the hands of a Surgeon and the Vision of an Eagle. The paintings are created to evoke in the viewer the questions of who we are, why we are here, and how we can live for the betterment of humanity. In order to create landscapes that aren’t simply copies of nature, but rather the Poetic Expressions of fleeting moments, I have delved deeply into the studies of Philosophy, Religion, Optics, Anatomy, Color and the Great Poets such as Homer and Rumi. I deeply believe it is the function of Masterful Artwork to be a vehicle that elevates the viewer and all of humanity to a state of transcendent certainty that beauty is eternal and ever-present. These paintings are a mirror reflection of our joys, sorrows and triumphs as human beings, and they strive to evoke the finest in the viewer. I hope these works are as feeding to your Mind, Heart and Soul as they have been to mine during my participation in their creation. May they inspire you to seek your own Noble Pursuit.