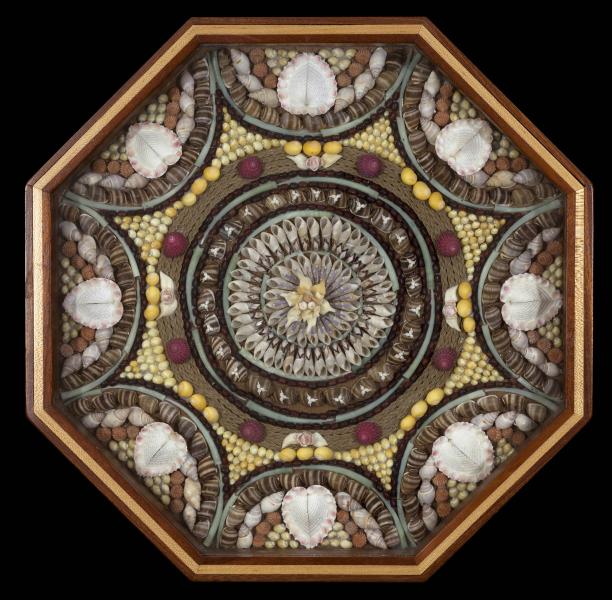 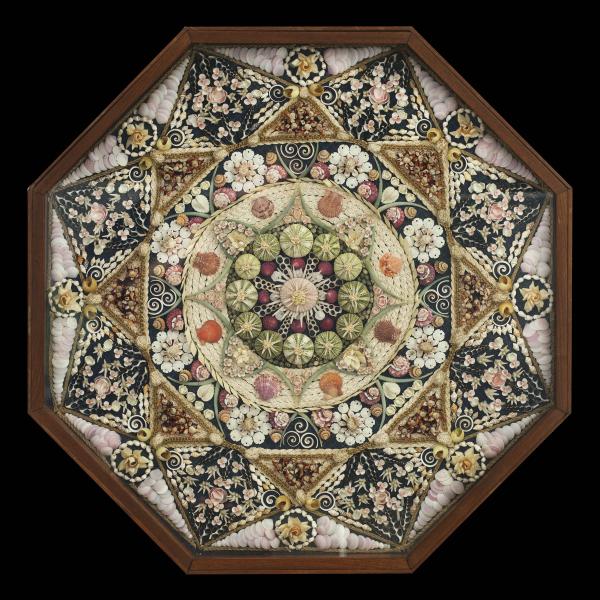 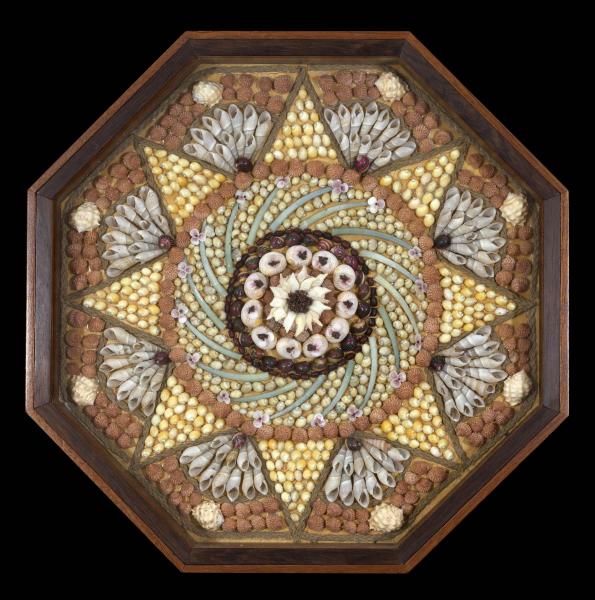 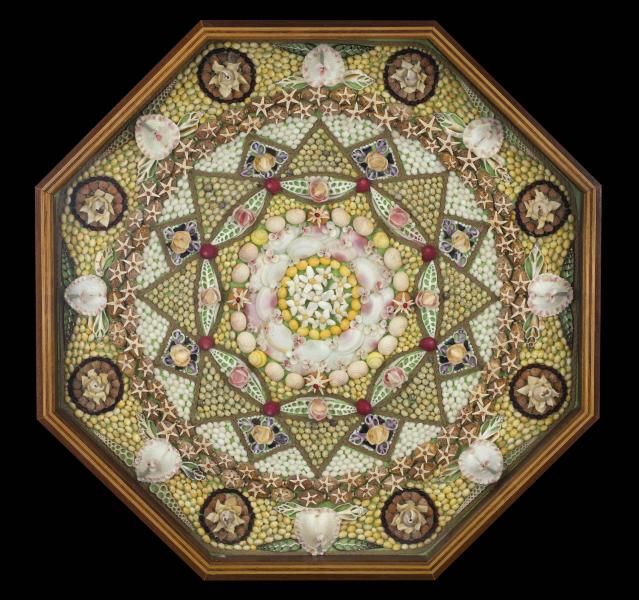 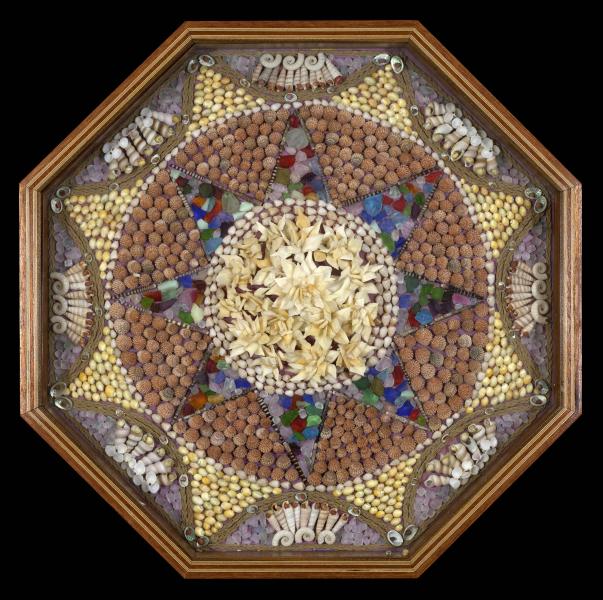 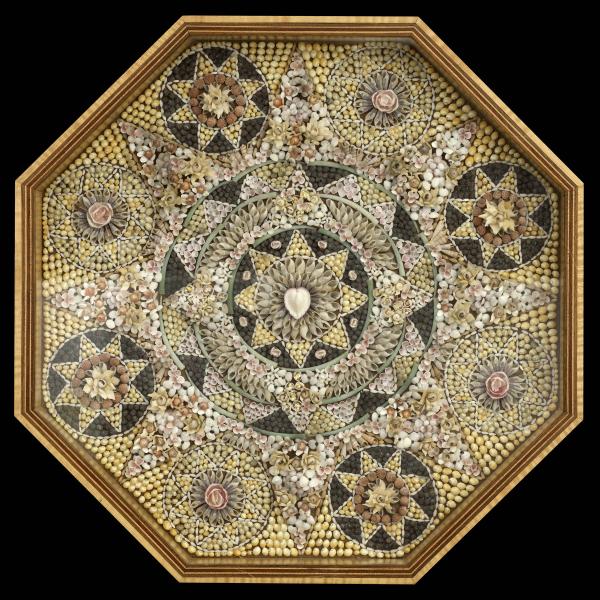 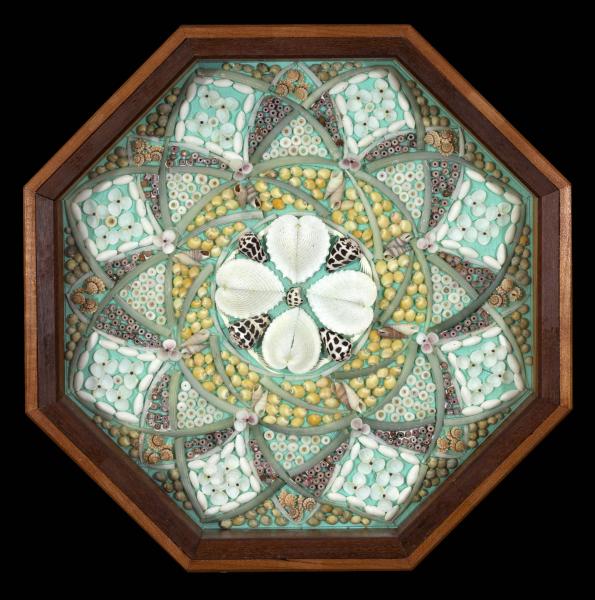 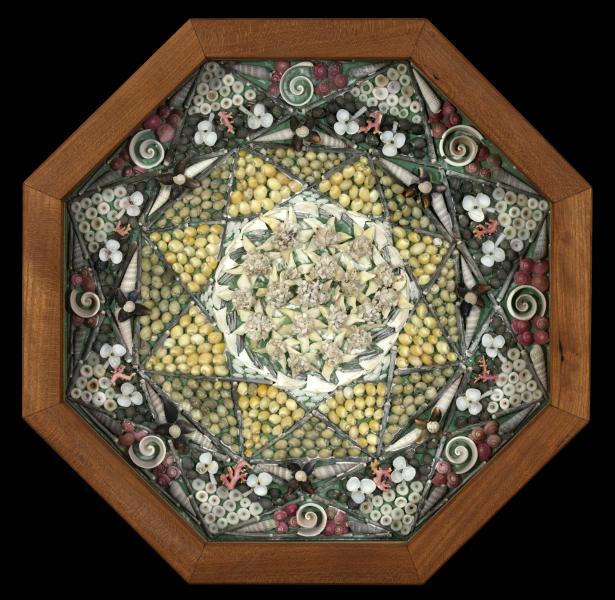 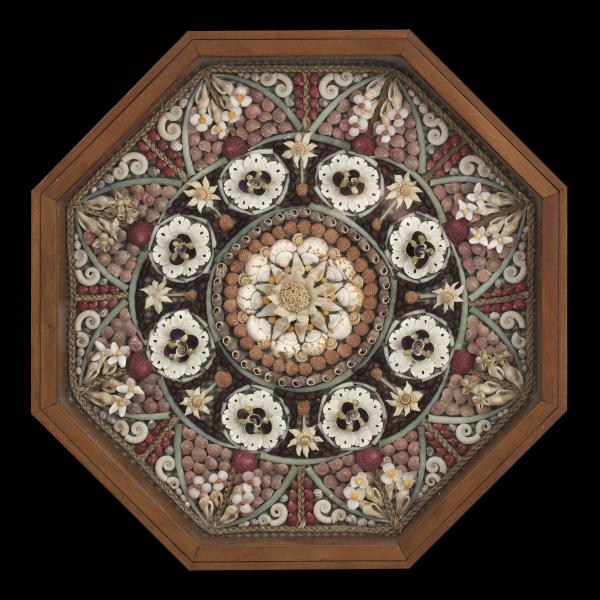 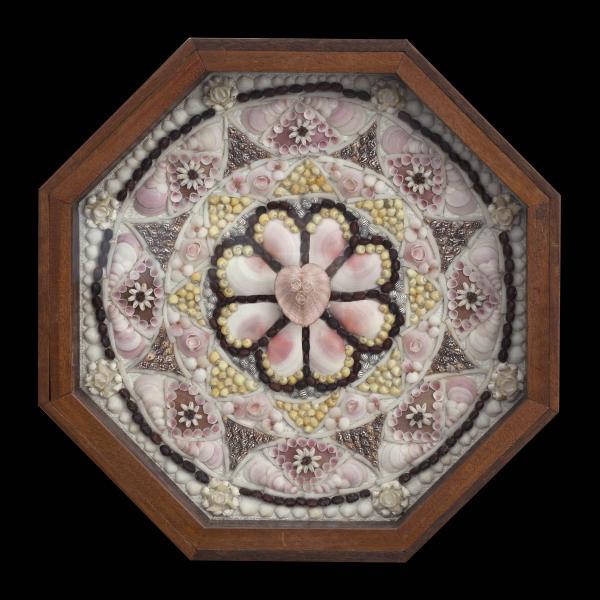 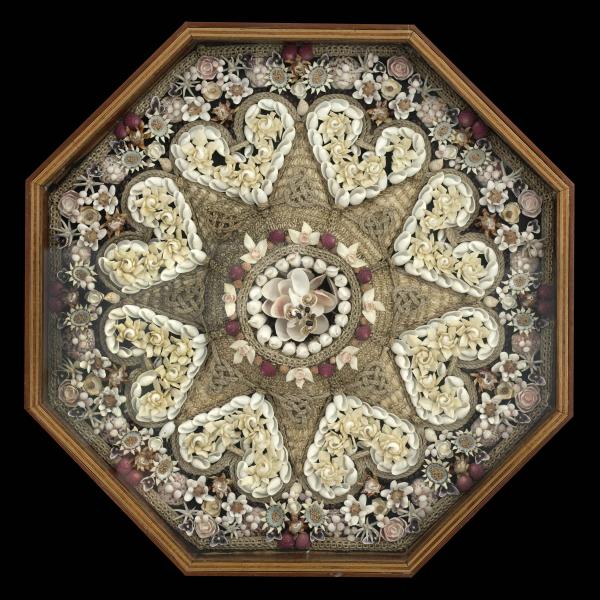 Gregg Roberts is one of the nation’s premier makers of contemporary Sailors’ Valentines. He is a nationally recognized artist who teaches others, and frequently lectures on the fascinating history of the craft. His award-winning designs are featured in institutional and private collections alike.

Born in West Boylston, Massachusetts, Roberts is the son of pharmacists, Muriel and Zane Roberts, who owned West Boylston’s only drugstore, Roberts Pharmacy. He followed in their footsteps, graduating from the Massachusetts College of Pharmacy in 1976.

However, Roberts also had a musical side and was a guitarist and vocalist, who performed in the folk-rock duo Spring Rain. Later, he was one off our members of Cartwright, a popular country-western band that performed in venues throughout New England. For two decades in the 1970s and 80s, Roberts was both a professional musician and pharmacist.

Always creative and entrepreneurial, he developed a skincare product, Last Lotion, that was sold through Brooks Pharmacy, a regional New England chain. In 1982 after his father passed away, Roberts opened a drugstore with his mother, Muriel, in Cotuit, a village in the Town of Barnstable on Cape Cod. He retired from pharmacy in 2014.

Roberts became a maker of Sailors’ Valentines in the early-1990s,inspired by a dream of an exhibit he once saw as a child on a family trip to Mystic Seaport. He had no formal art training or experience or knowledge about Sailors’ Valentines. However, that didn’t stop Roberts.

With the vision of a design in mind – but no shells -- he created his first Valentine with $60 of macaroni. He now has a collection that contains thousands of antique and contemporary shells.

Roberts’ aptitude for the intricate geometrics and exacting execution required by traditional Sailors’ Valentines has been recognized at the prestigious Sanibel Shell Show, a juried competition, held each year on Sanibel Island, the self-proclaimed shelling capital of the U.S.

It’s easy to identify one of his designs thanks to his traditional style and signature fancy flat knotwork. His passionate attention to detail and the color palate he uses with each piece is truly extraordinary. Each of his creations is a unique work of art.

In 2009, Roger Williams University in Bristol Rhode Island commissioned Roberts to create what may be the world’s largest Sailors’ Valentine. It took Roberts five months to craft the work, which is four feet in diameter and weighs 80 lbs. Visitors to the Global Heritage Hall can see it hanging in a classroom off the main foyer.

Roberts creates Sailors’ Valentines in a converted 19th century barn that serves as his studio and gallery. His work was featured in the 2006 coffee table book, Sailors' Valentines: Their Journey Through Time, by Grace Madeira and his art has been showcased at a variety of galleries and shops throughout Massachusetts.